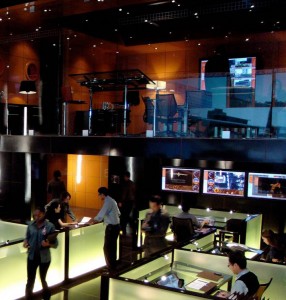 Anyone who watches “24” knows that it’s one of the most innovative and acclaimed dramas on television. For season eight the setting was moved to New York City, and the story revolves around a peace treaty in the United Nations. The set designers were faced with the challenge of creating three new sets: The CTU (Counter Terrorism Unit), the United Nations assembly rooms, and the United Nations apartment building.