From September 15 to October 15, Vectorworks will proudly be observing National Hispanic Heritage Month. This month of celebration, according to its official government site, “Traditionally honors the cultures and contributions of both Hispanic and Latino Americans as we celebrate heritage rooted in all Latin American countries.”

Every culture celebrates itself in different ways. Food, religious holidays, and music are just some of the ways we can celebrate what makes us different. Mike Tello, a Vectorworks sales representative, finds music to be a great way to remember his heritage ...

“I was born and raised in Los Angeles, California to parents from Guadalajara, Mexico — the home of Mariachi!

I have many fond musical memories from my childhood. For example, every Saturday morning, I would wake up to Mexican folk songs by Vicente Fernandez, Pedro Infante, and Javier Solis. As my mother would clean the house or make breakfast, she would put a cassette of one of these artists in her Panasonic boombox she had in the kitchen. She would sing along beautifully to these songs.

Like my mother, I fell in love with music. So much so, in fact, that I sang ballads with a Mariachi band for a few years.

I still hold the music of my culture close to my heart. Nowadays, though, I usually listen to Mexican indie music like Natalia Lafourcade, La Santa Cecilia, and Christian Nodal.” 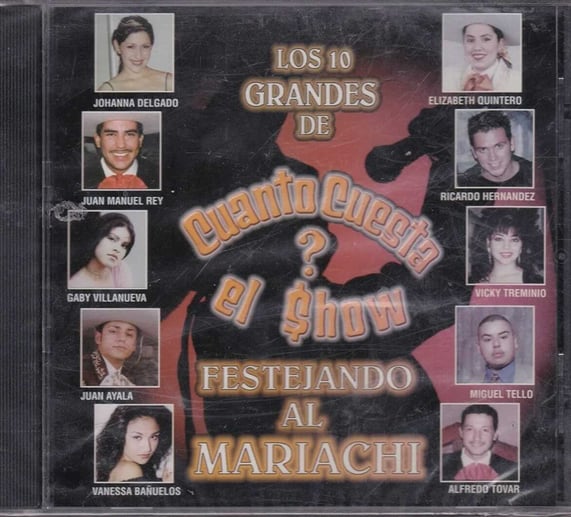 An album featuring Tello. Our Vectorworks teammate is pictured second from bottom on the right side.

With music being so important to Latin American and Hispanic culture, the number of stars are aplenty. One Latin music legend is Marc Anthony. The singer is widely known around the world for albums like Valio La Pena, 3.0, and Opus.

This past summer, Anthony hosted the “Una Noche” livestream.

The “Una Noche” livestream was designed with Vectorworks Spotlight and previsualized with Vision. And, if you’re curious how the livestream event came together, you can check out the on-demand webinar with Andres Albornoz, production manager at Garba Music Corp. and project manager for Marc Anthony and Sebastian Yatra, along with Andrés Campos, lighting designer.

At Vectorworks, we’re proud to spend the next month — and beyond — celebrating Hispanic and Latin American heritage and all the wonderful ways it’s impacted our lives. Click here to read more about this special month.