This was one of the (many) questions Beowulf Boritt asked himself when James Lapine, Tony-award winning playwright and director, known for classics like Sunday in the Park with George, approached Boritt to create the scenic design for his newest musical.

It’s no wonder Lapine sought out Boritt for the imagination-inspired design, either. Boritt is a Tony Award winner himself for his work on Lapine’s Act One.

What Beowulf ultimately created was as unique as the musical itself — a scenic design for the daring Broadway musical Flying Over Sunset. 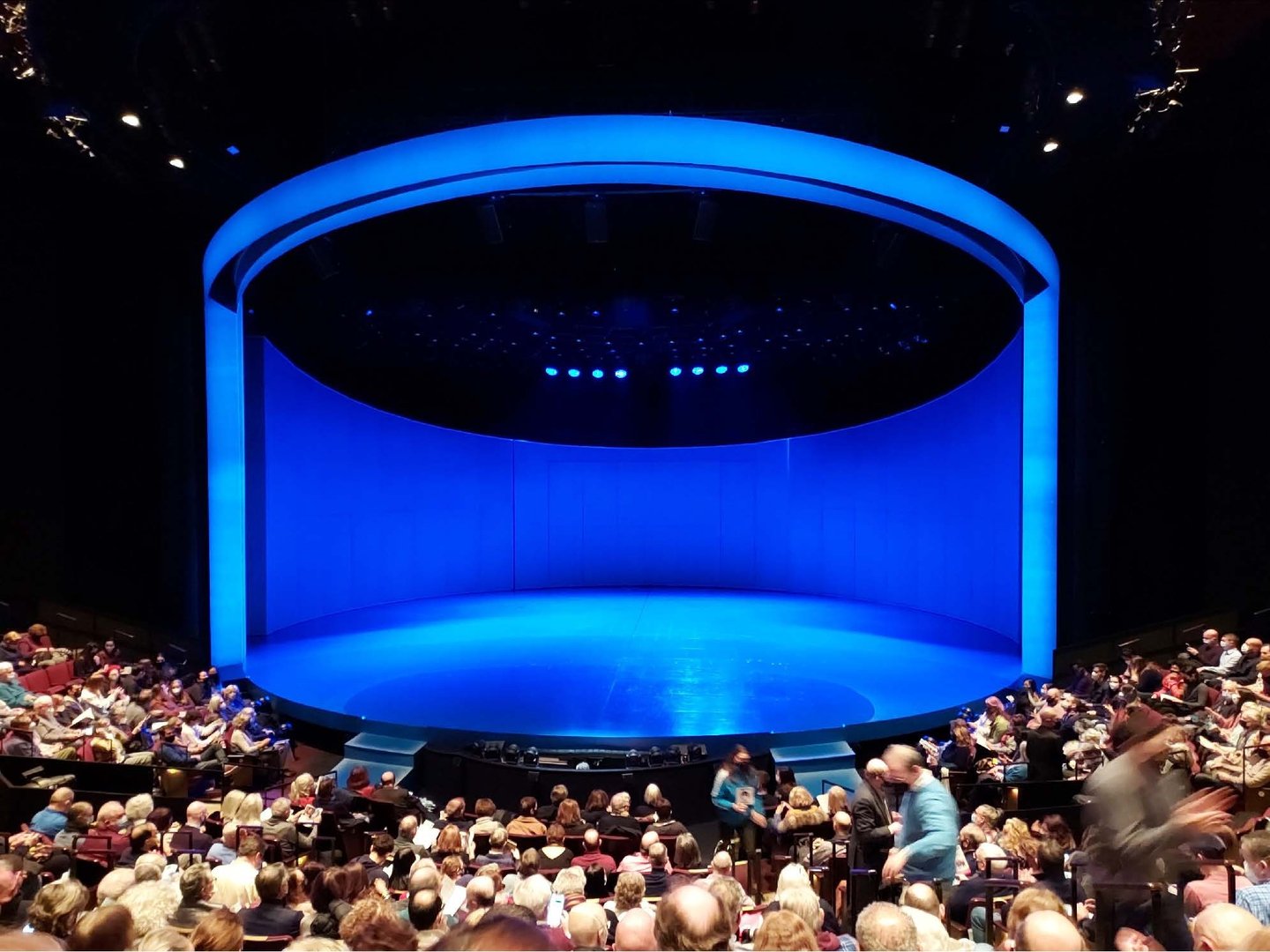 Not Your Typical Broadway Musical

With Lapine’s Flying Over Sunset, it’s best to forget everything you think you know about Broadway musicals.

A piece of wild historical fiction, Flying Over Sunset is an entertaining tale of Clare Boothe Luce, Aldous Huxley, and Cary Grant’s use of the drug LSD. The socialite/politician, writer, and actor — respectively — all in fact used the drug in the 1950s, when it was still legal.

Boritt, perhaps rightfully so, had some reservations when Lapine first pitched him the idea of the musical. “I said to James [Lapine] when he called me,” Boritt remembers, “‘I’ve never done LSD, and I don’t intend to do so for this show.’”

Instead, Boritt began the conceptual phase of his design process as he would any other project: with an ample amount of research. He talked with individuals that have used hallucinogenic substances, and he asked them about their experiences.

“If I was doing a play set in 18th century France, I couldn’t actually go there either. I’d just do a lot of research and do my best to interpret it. I approached this project the same way.”

After completing his thorough research, Boritt hopped into his design software of choice, Vectorworks, and began drafting. The Tony Award winner drafts all his scenic designs using the industry’s best design software.

In the case of Flying Over Sunset, Boritt had help from his long-time associate, Alexis Distler, and Jared Rutherford, the latter now being the art director at Late Night with Seth Myers.

The trio initially created a realistic design. However, it was quickly clear that such a literal approach wasn’t a good match for Lapine’s musical. “It’s a very atypical musical,” said Boritt. “This isn’t Hello, Dolly! or something like that. It’s a very weird piece.”

Instead, Boritt dreamt up an open circle, 60-feet in diameter and with walls upstage of the audience that’re a staggering 24-feet high. The circle then morphs and twists, revealing various scenes as the musical progresses through its two acts.

“It was trying to express that our brains are infinitely plastic and changeable. It’s, frankly, the power of imagination that we’re trying to talk about,” Boritt said. 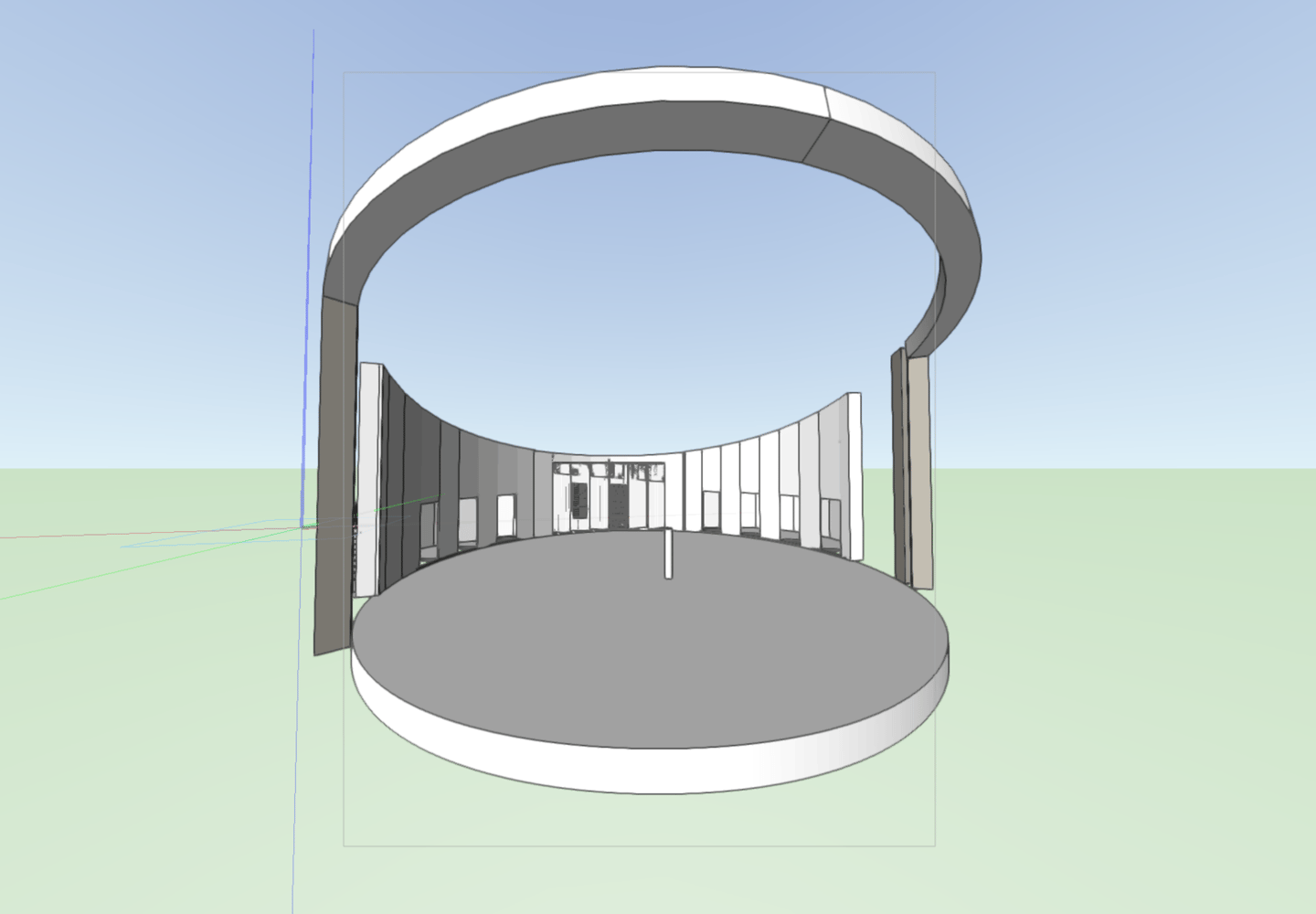 Flying Over Sunset’s circular set was designed with several four-foot-wide facets. The use of these facets allowed for Boritt to implement “various tricks.” For example, in some instances, there were three-sided units that would spin. One side would appear solid, while the other two would be the set for something like a drugstore or a psychiatrist’s office.

Vectorworks was “invaluable” when drafting the 3D model of the stage, according to Boritt. The designer said it took him informally “messing around” in the software to best figure out how the stages ground plan would actually work.

“Seeing the stage from above, it almost looks like a bunch of orange slices that all intersect with each other,” he said. “They’re these weird double segments of circles that create a whole circle.”

The use of these “orange slices,” along with carefully designated pivot points created with the Pivot tool in Vectorworks, makes it so stage technicians don’t have to come out and push sections of the stage design during the performance. 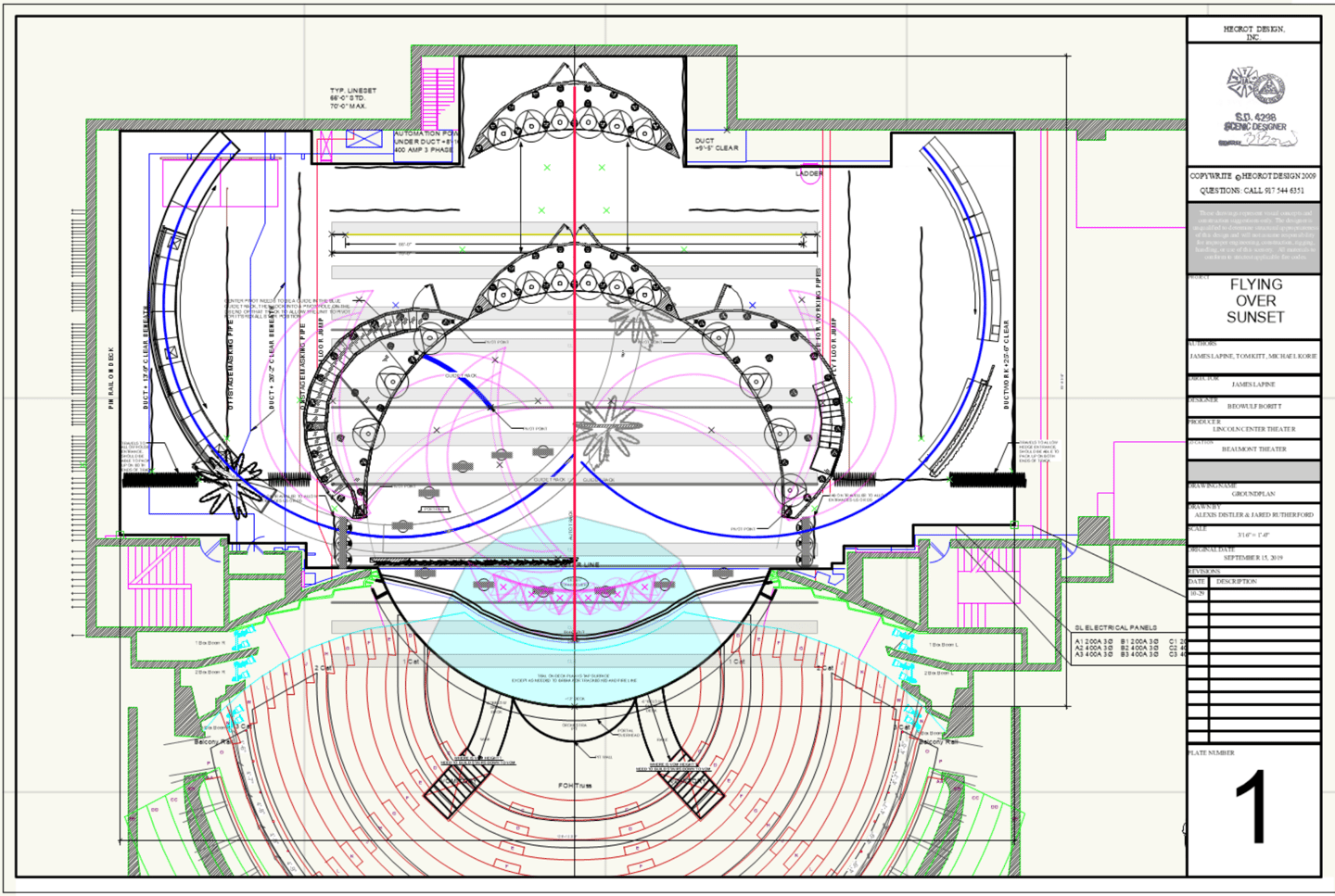 In early previews of Flying Over Sunset, a veteran technical director said to Boritt, “Where the heck are all your pivot points? I can’t figure out what you did!” And given the complexity of the above image, it’s no wonder the technical director felt this way.

Thanks to the all-in-one nature of Vectoworks, Boritt didn’t have to switch to other programs and applications for later stages of his design process. Boritt even uses Vectorworks to create practical models, exporting design files to CNC milling machines.

“The physical models are very important to me,” said Boritt. “I’m making a sculpture on stage. Making a scale version of that, for directors, tends to be immensely helpful.”

These models let the directors see how paints, materials, and shapes will feel in our real, tactile world. “Theatre is such a warm and living art,” Boritt said, suggesting a desire to have his designs reflect the very principles of theatre.

And although the Broadway musical recently had its final performance due to the ongoing pandemic — Boritt’s work will live on in the imaginations of those who were lucky enough to have witnessed it. 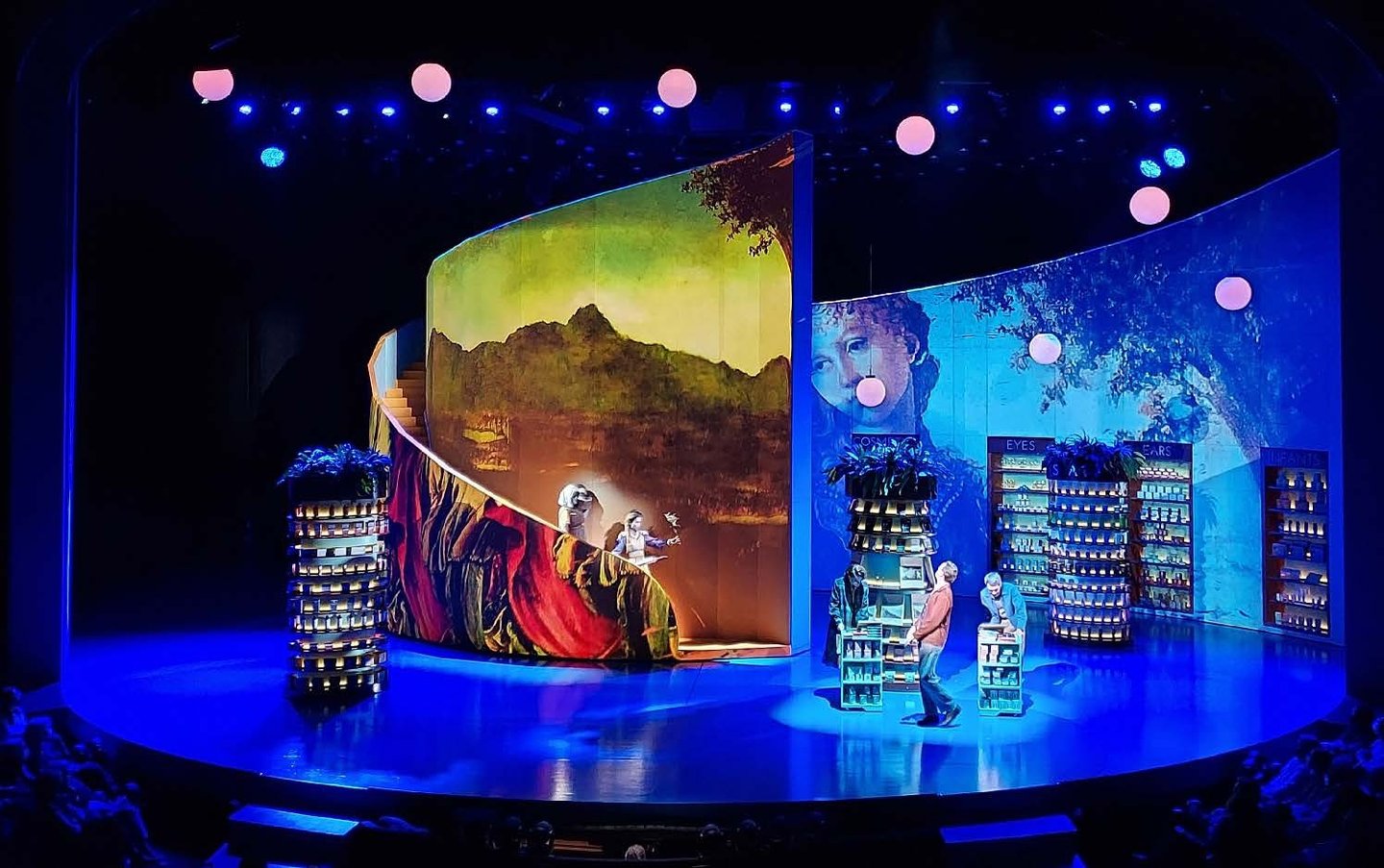 You can create similarly captivating scenic designs in Vectorworks. Click the button below for a free webinar on creating detailed and efficient scenic designs.

All images courtesy of Beowulf Boritt.