Here are the Reasons AV Matters Switched to Vectorworks

Alex Rose understands the value of saving time in the entertainment industry. As a project manager at AV Matters in Orlando, Florida, he oversees the production and technical details of a wide range of events, including corporate conferences, galas, and social and charity events. Although the process of producing an event from start to finish can be stressful due to tight deadlines, it’s become much easier for Rose, as the firm recently made the switch from AutoCAD to Vectorworks Spotlight to help with the design and execution of each event. 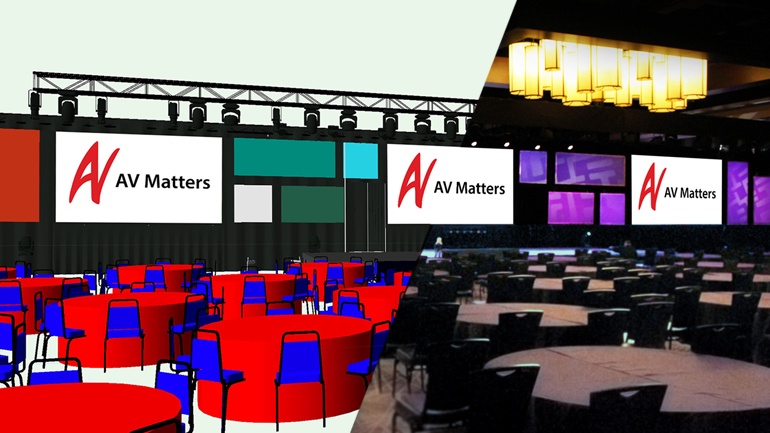 Powerful Presentations Made to Impress

“We can get out proposals with 3D renderings in 90 minutes as opposed to the two days it would take us with AutoCAD,” he explained.

The results were immediate — within the first few weeks of using Vectorworks, the firm sent out several proposals leading to new work, including a contract to produce the sold-out Zumba Instructor Convention, which was held in Orlando from July 27-30, 2017.

Introducing the Right Efficiencies to Shine

In addition to the time saved in creating presentations, Rose and his team have discovered additional benefits to using Vectorworks.

A common task in Rose’s day-to-day work is drafting and designing event layouts for large- to medium-sized rooms, which includes creating seating layout diagrams. Before Vectorworks, Rose and his team would have to count chairs in the design by hand to document the correct number, which was time consuming and left room for error. With Vectorworks, Rose can easily populate and automate reports to distribute to his collaborators and clients.

“I love the Soft Goods tool,” Rose said. “It gives me a count of bases, pins, and poles — I can print out that report and have an accurate idea of what I need based on the symbols in the drawing. That wasn’t an option in AutoCAD.”

Rose also appreciates the efficiency of working in both 2D and 3D simultaneously. “AutoCAD doesn’t let you draw in 3D, so you have to draw in 2D and then convert it to 3D manually, at least in the version we were using,” he said. “Vectorworks natively draws in 2D and 3D at the same time.”

The customizability of Vectorworks was another huge draw for Rose. Compared to AutoCAD, which Rose found to be very constricting, Vectorworks offers a variety of pre-defined and customizable content libraries and symbols.

“The pre-defined content in Vectorworks is a lot better,” said Rose. He no longer has to draw every symbol from scratch, and the symbols he uses in Vectorworks have intelligent data attached to them. An example of this is the availability of symbols for screens and tables, which the firm frequently uses in drawings. 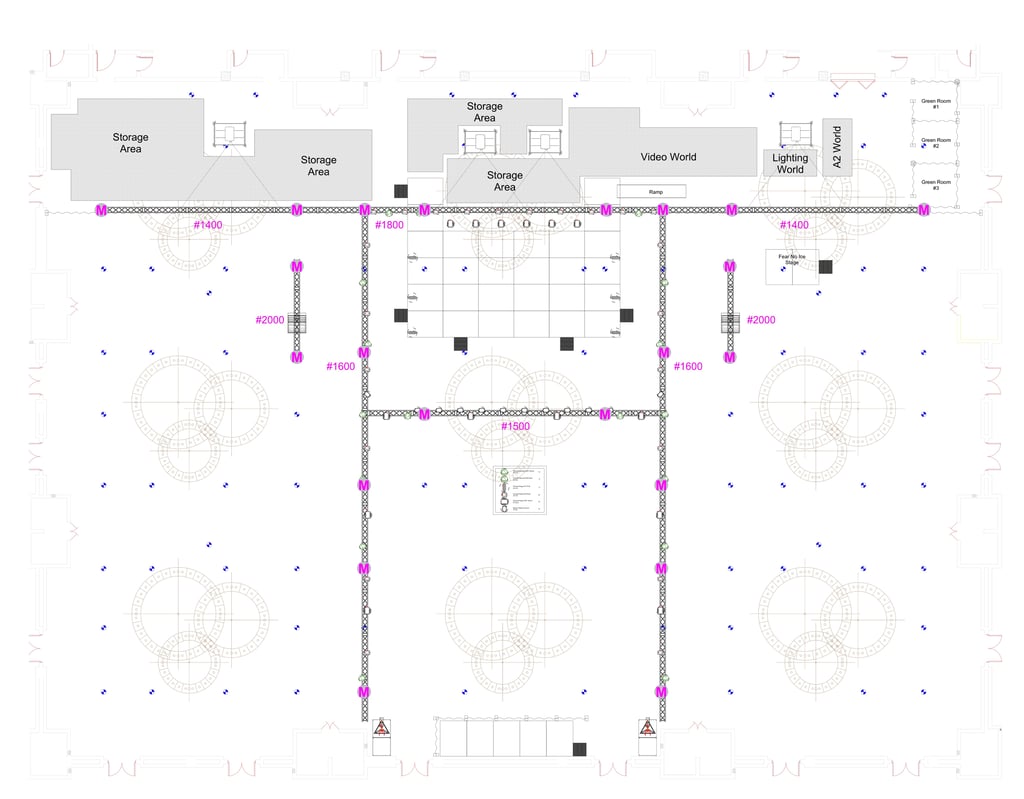 The AV Matters team also takes advantage of the Vectorworks Forum for updates and fresh content, such as symbols for Maverick MK2 lights that include all the product’s attributes. “If I’ve ever needed a symbol built or a light added, it’s quick — it’s just very convenient,” Rose said. “It might not be ‘necessary’ but it speeds up our drawing process.”

What does Rose love most? “I can get drawings done in 3D a lot faster in Vectorworks,” said Rose. “Because I can base the floor on the DWG file I import and then draw on top of it.”

When he imports a DWG file into Vectorworks, Rose explained, he can easily indicate the position of the floor. In AutoCAD, however, the default would position everything hanging from the ceiling, and when he switched to 3D mode, all the elements of his design would be beneath the floor.

It sounds like a simple thing, but it makes a big difference in his workflow. “I love Vectorworks,” said Rose. “I can build everything. And it actually looks like a room!”

What Happens When You Jump Right In

Rose also found it easy to learn the software. A self-described “Millennial type,” he likes learning through watching videos. He also found the Vectorworks Forum to be a helpful resource. Between the training resources online, the continual updates, and the quick and convenient ways of getting technical support as needed, Rose felt comfortable trying the software at his own pace, while still getting his projects done on time.

Interested in making a switch to Vectorworks to enhance your design practice?
Sign up for our webinar with AV Matters to learn more.