This story is in loving memory of Vectorworks regional account manager Jeff Gering, who contributed to the story but sadly passed away before its publication.

The 2007 recession upturned the working lives of many in the United States. Federal Reserve History reports that the unemployment rate climbed to 10% by 2009, a stark contrast to the 5% rate of late 2007. It led many to reevaluate their career paths. Unfortunately, it was more out of necessity than choice.

The construction industry certainly felt its share of the recession, according to Bob Shepp, who was involved in high-end residential construction at the time.

“The Great Recession changed a lot of things,” he said. “Everybody was trying to run leaner and meaner, relying on less and less people to do the work.

When the recovery began, that aspect didn’t really change. You still saw small crews running large projects. That made management difficult. On a large project where I might normally have a full staff of draftsman and superintendents, towards the end of my time in construction, we were really doing it all with only one or two people.”

He recalls the stress as “phenomenal,” even noting that he saw certain colleagues suffer heart attacks or strokes. He decided it was time to pursue something new.

Shepp’s final construction project was the interior for the Queen Anne building that overlooks Seattle, a landmark quintessential to the fabric of the city. 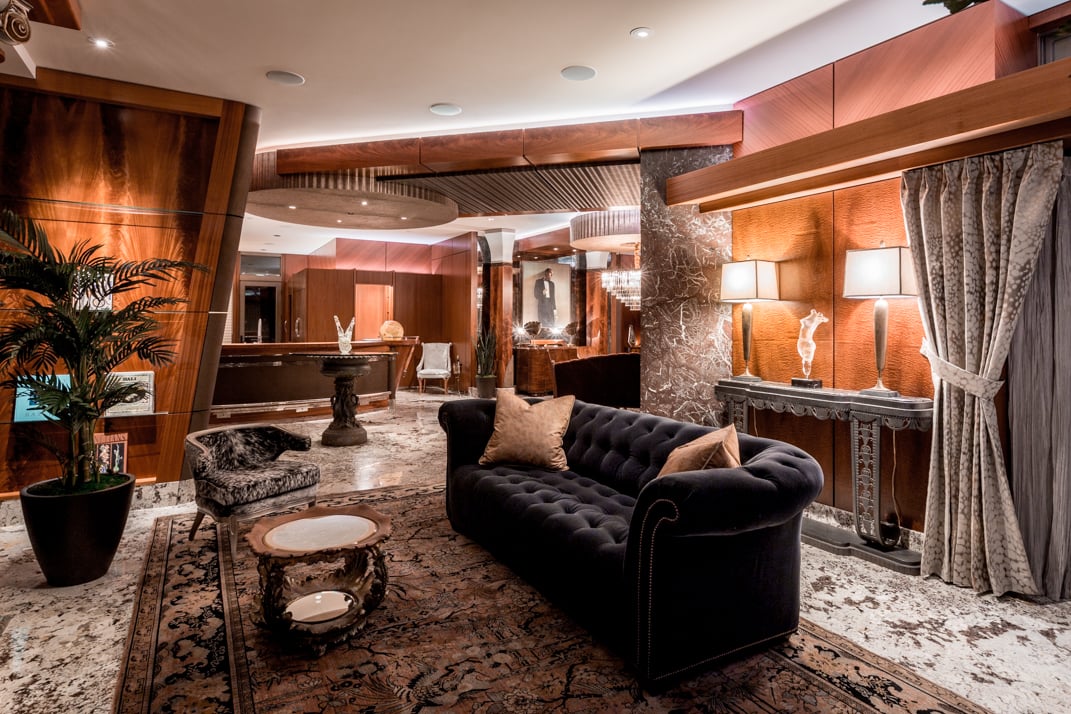 “I hit it off well with that project’s interior designer, Mike Sofie,” Shepp said. “The process with Mike was so seamless and beautiful that I was feeling challenged continuing project management in the way it had to continue at the time.” 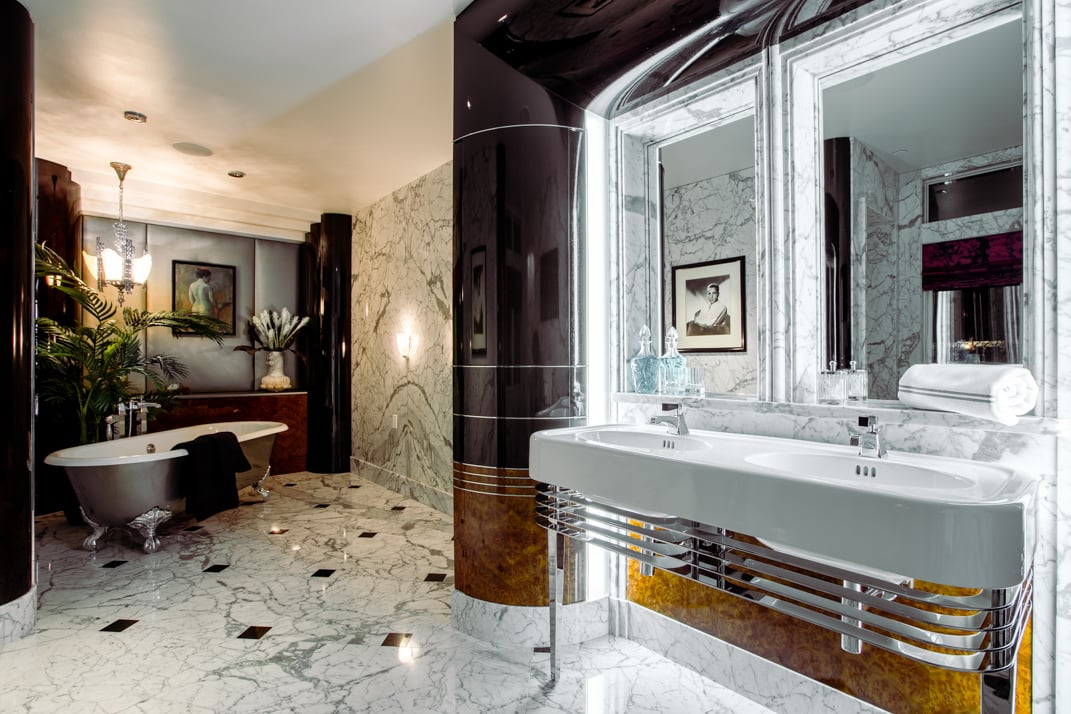 The two opened West Highland Design in 2015. The partnership focuses on interior architecture and design. Sofie drives the aesthetics while Shepp handles transforming design concepts into 3D models. The two have built a valuable working relationship, the fruits of which can be seen in their portfolio.

Very early in the tenure of West Highland Design, Shepp was quite weary of the ways clients received presentations, which he said stems directly from his construction experience. And it makes sense — he was accustomed to interpreting the work of architects and engineers, so he knew exactly what might help a client understand the design before committing to the purchase.

“I realized that architects were compromised with how much detail they could provide in terms of what clients were willing to pay for,” Shepp said. “The information may be there, but the details might not be, so I began drawing my own details and, in some cases, submitting them to architects and, in other cases, to contractors and fabricators.” 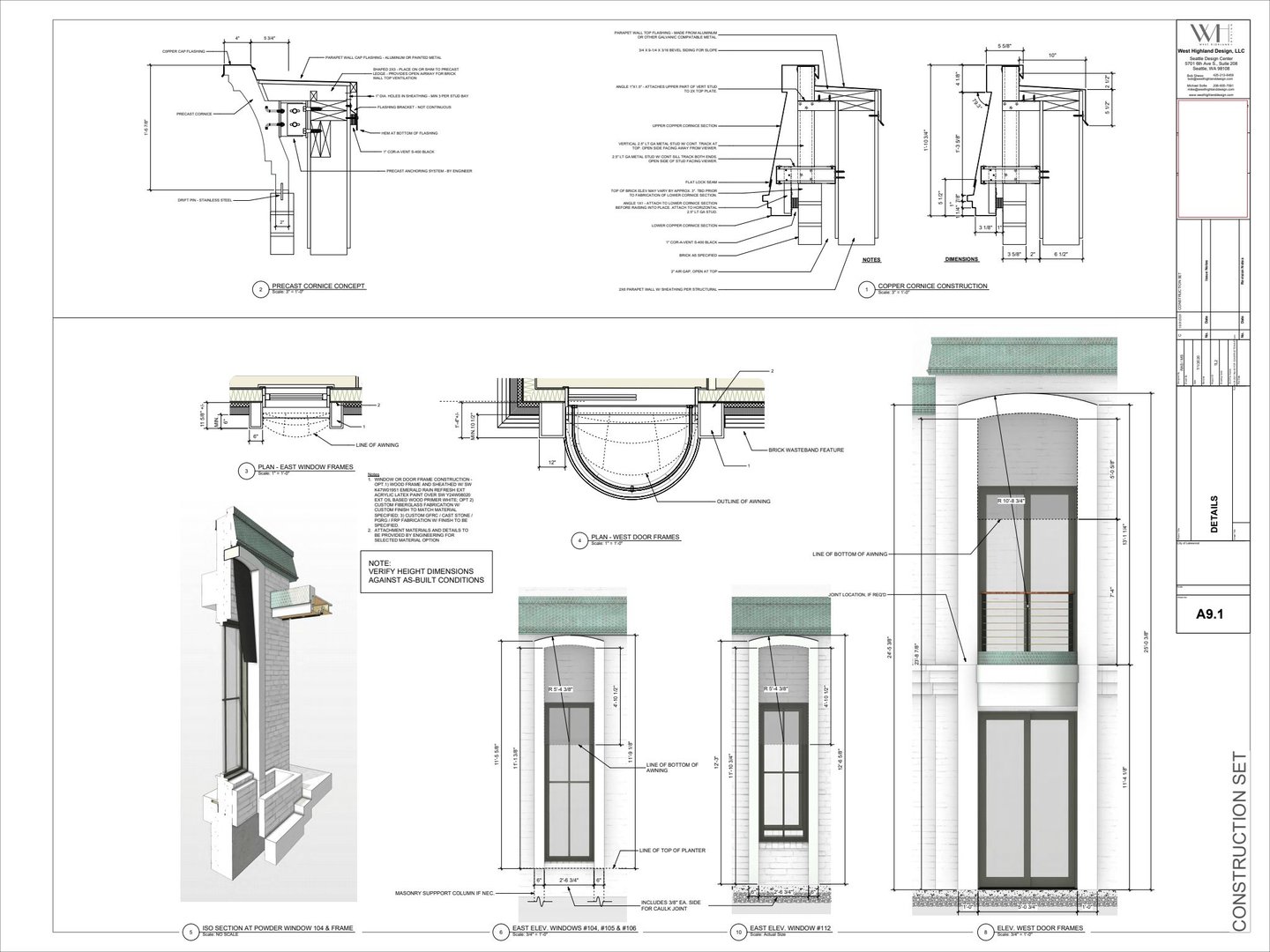 He accomplished this early detailing with SketchUp and V-Ray. He said that the programs worked quite well for him at the time, even going so far as to say that there wasn’t much that he couldn’t do with the software duo.

“I realized that SketchUp wasn’t going to hold up,” Shepp said. “It’s planar in surfaces and those surfaces tend to stretch, move, or break in the process of developing an entire model of that size. You had to be extremely careful not to let that happen, and I’m not sure if you can actually avoid it.”

He recalls intense anxiety over delivering the project and started searching the software market for other options. In a moment of serendipity that rivals those written for cinema, Shepp met the late Jeff Gering, who introduced Shepp to Vectorworks.

The Road to Vectorworks Extraordinaire

Shepp found Vectorworks to be the perfect solution for West Highland Design because the software combines the abilities to draft, model, and document into one program. He worked with architect and Vectorworks trainer Scott Mann, AIA to learn the finer details of using the software. 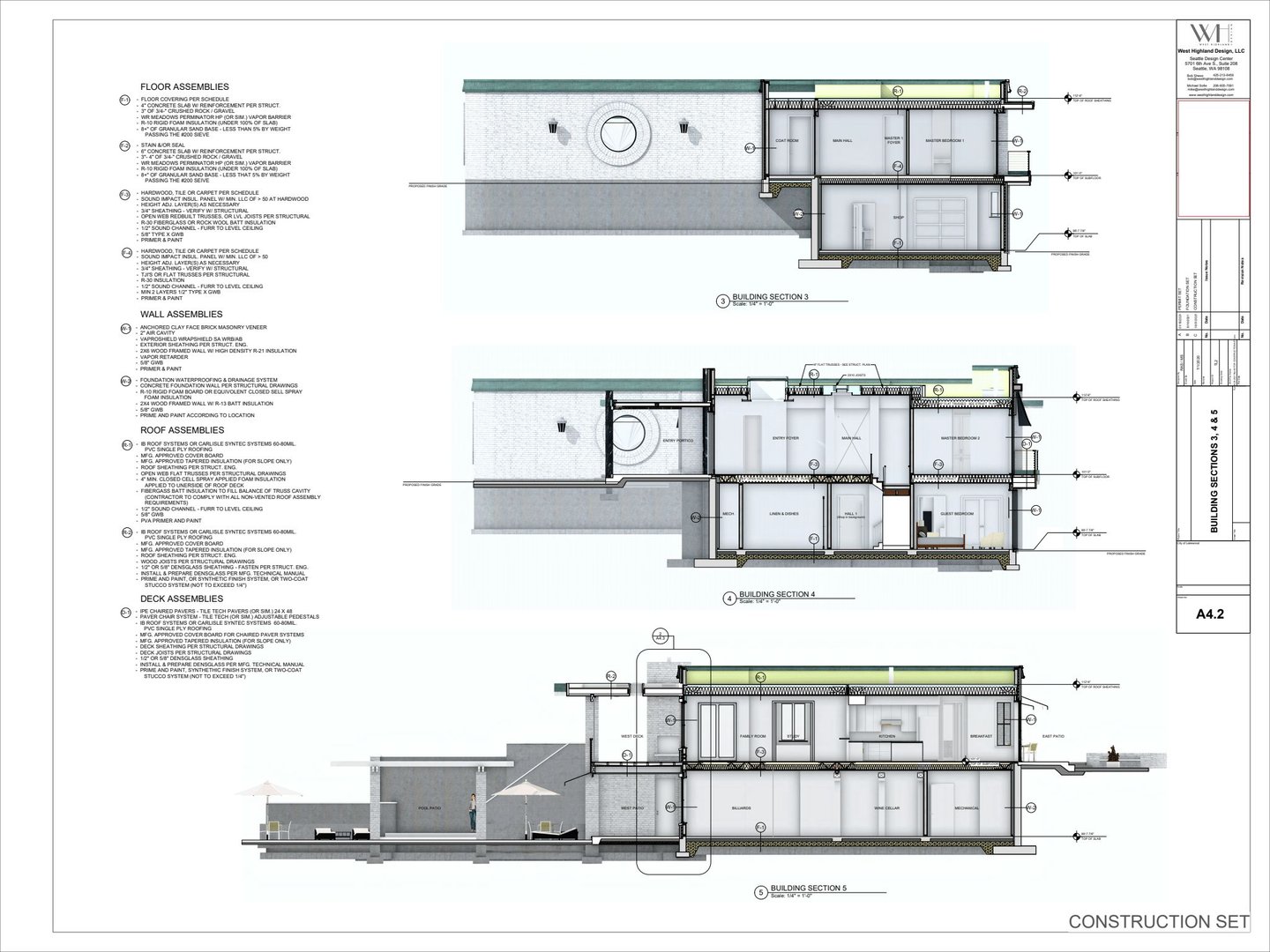 “My motivation combined with Scott’s ability to communicate made the process really helpful,” Shepp said. “The fact that he knew and worked in both SketchUp and AutoCAD meant he was able to tune the instruction specifically for my needs, which were to get away from the SketchUp way of thinking in planes and surfaces.”

Learning any new software is bound to come with a learning curve, a period Shepp embraced with diligence. According to Gering, Shepp’s notebooks were some of the most detailed he’d ever seen. “You should see his notes,” Gering said early in 2021. “They could literally be transcribed into a Vectorworks instruction manual.” 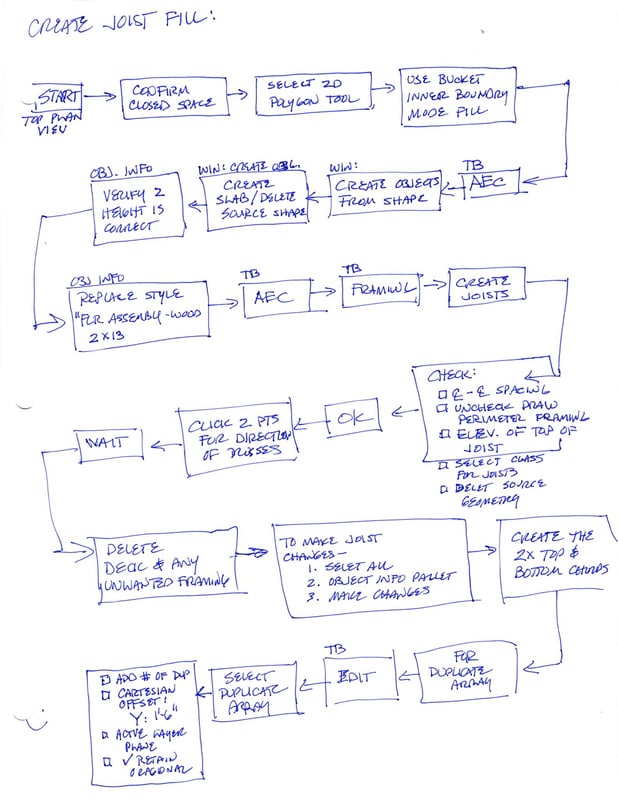 “The notes I took were primarily because I couldn’t afford to go backwards,” Shepp said. “I had to learn that lesson.” He added that after every training session he’d open Vectorworks and go back through the entire process, cementing the concepts in his mind.

Shepp’s enthusiasm led him to upgrade hardware to maximize his real-time rendering potential. He also upgraded graphics cards — reporting that a client purchased one for him after being so impressed with his work — so that he could render ideas in real time on a separate monitor.

In a video call for this story, upon turning on a 55” monitor, not only was his face starkly illuminated but so was much of the area behind his workstation; it was a moment of shock in which the interviewers were tempted to ask if he needed sunglasses. It goes to show that Shepp is always looking for the best solutions for his work.

Renderings Are the Future

Nowadays, Shepp takes advantage of Vectorworks’ partnership with Enscape that enables a real-time connection between the two applications. Much of his workflow takes place with both applications running.

“We don’t even do pencil sketches. I don’t even have a pencil on my desk. We do everything in Vectorworks,” he said.

“No matter what you’re working on, being able to see it rendered in real-time is incredible. Seeing those elements — the textures, the colors, the final finishes, the spatial relationships — all come together is really important to us.”

Renderings, it would seem, really are the lifeforce of West Highland Design. They allow Shepp to show clients exactly what they’re committing to; and not only that, but they also help construction teams visualize the space so that plan documents aren’t misinterpreted.

The detail in this makeup cabinet show Shepp’s expertise with using Vectorworks alongside Enscape: 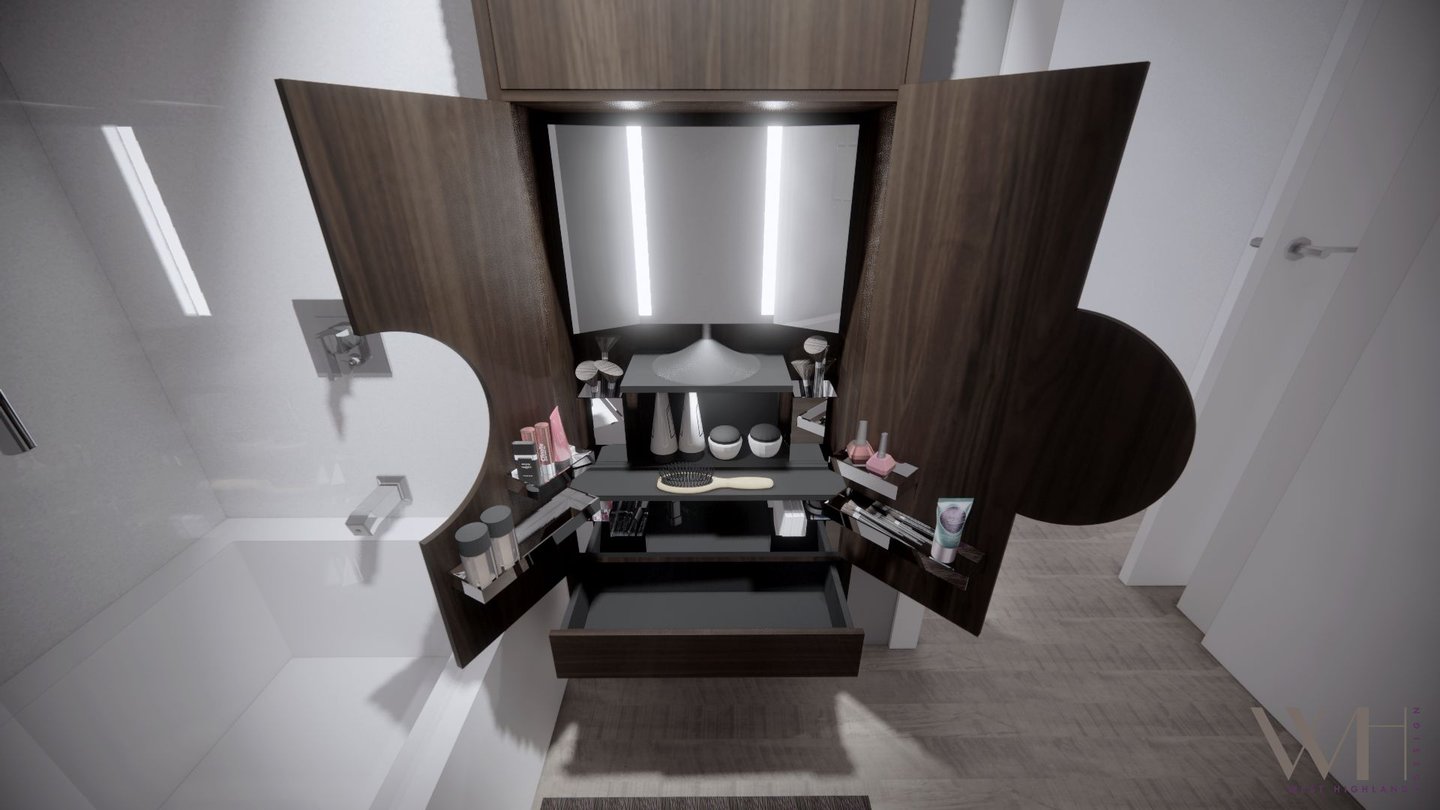 This cabinet was custom designed for a client. The added detail from the makeup, brushes, and other small items helps the client visualize what it might look like once they’re using it themselves. The rendering is impressive and wouldn’t be possible without a detailed 3D model from Vectorworks. 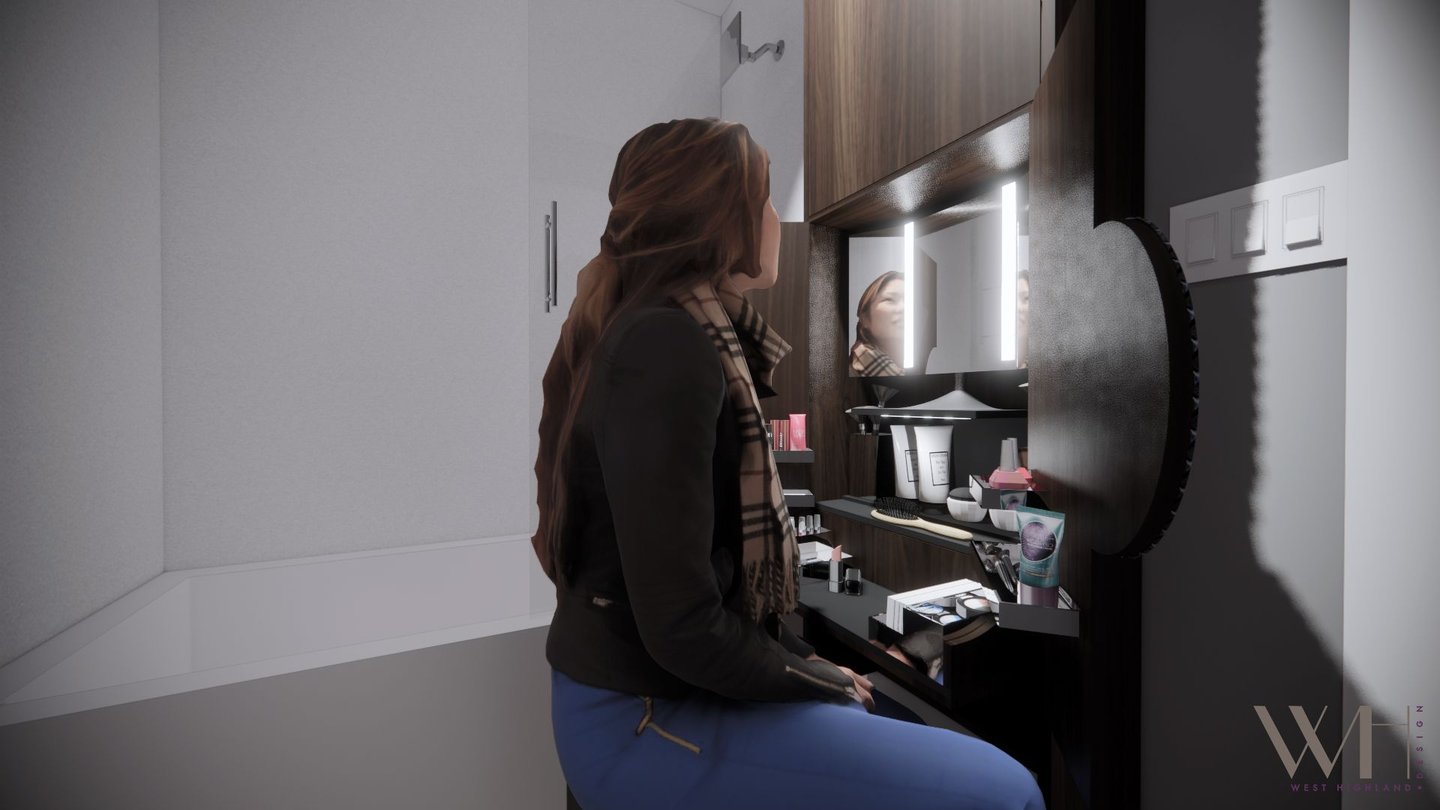 “Rendering is a mindset,” Shepp said, a sentiment Gering echoed. The two talked at length about how stakeholders are seeking a vision; they want clarity on what they’re buying, building, or helping design.

“I can tell you something right now,” Shepp said, “and this is the God-honest truth: We’ve never put a render in front of a client who didn’t buy it. Every single time we render something for a client, they buy it. And we’ve been doing it for five or six years now.”

Totaling around 10,000 sq. ft., this lakefront home is largely what convinced Shepp to move away from SketchUp. He knew the model was going to be over a gigabyte large and said that he learned from a much smaller project that, with SketchUp, it would be difficult to keep elements like walls from breaking up as the model developed in size.

“It was clear that we needed a much more robust development platform,” he said. 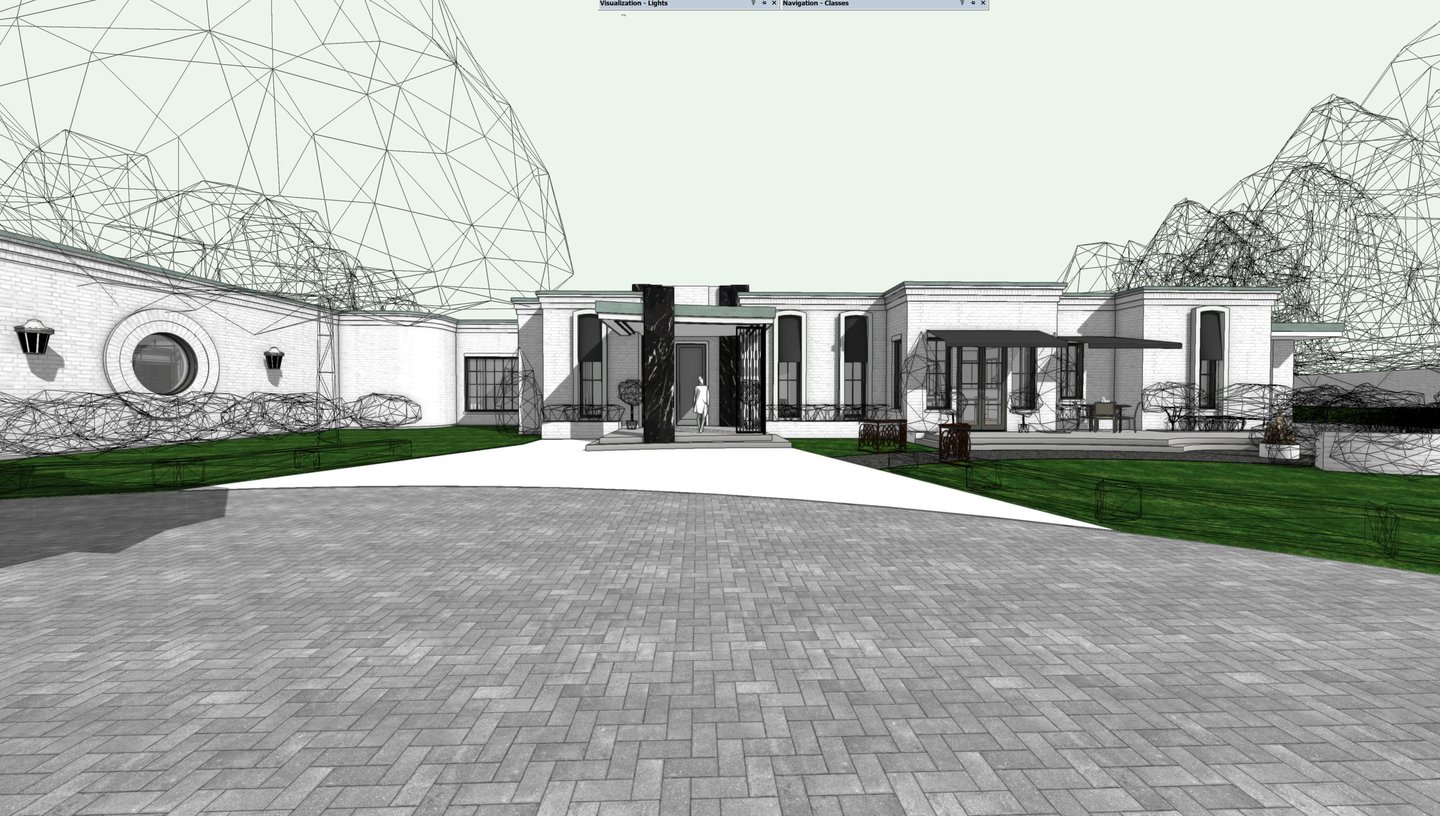 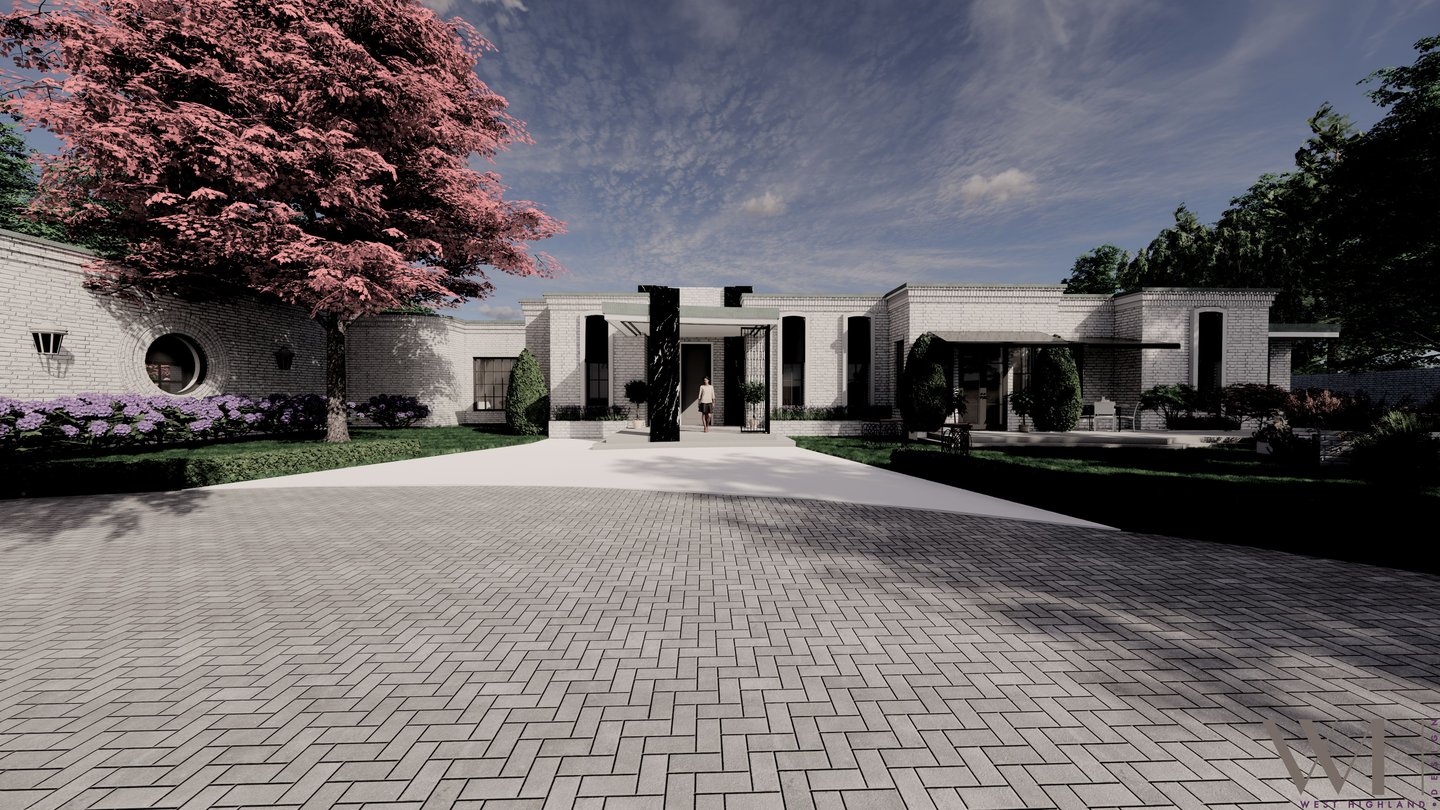 The residence melds distinct architectural styles of the 1920s, 30s, and 60s, according to West Highland Design’s portfolio. At the front, a roundabout driveway invites one under a grand entry canopy that leads to a tall front door. On either side of the entrance are cohesive sections perforated by windows that stand nearly as tall as the structure itself. 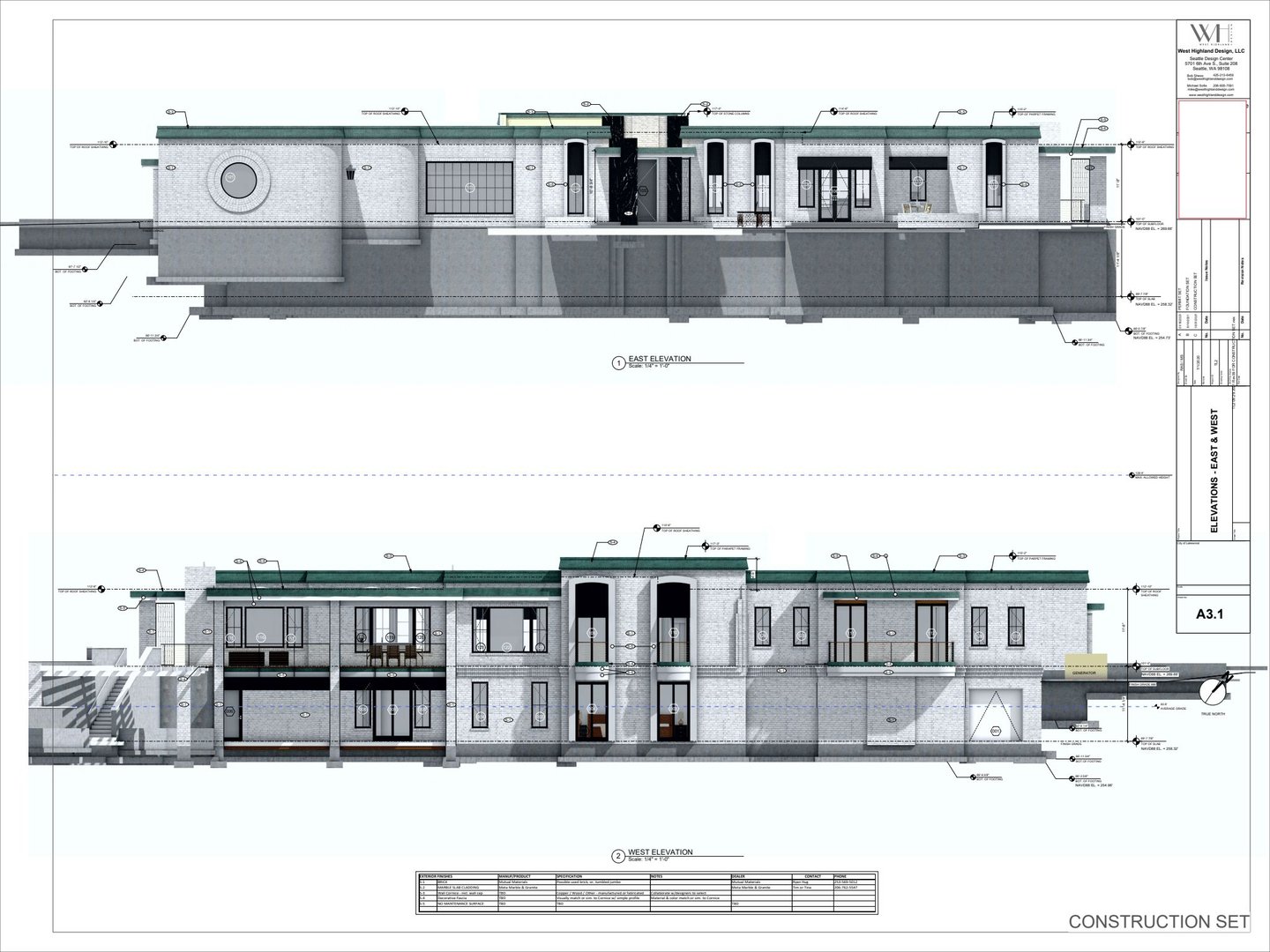 Behind the home is a gracious stairway that leads to a formal patio outfitted with a fountain. Hedges and other shrubbery border the home; notes of pink, purple, and green contrast the beige coloring of the building façade. 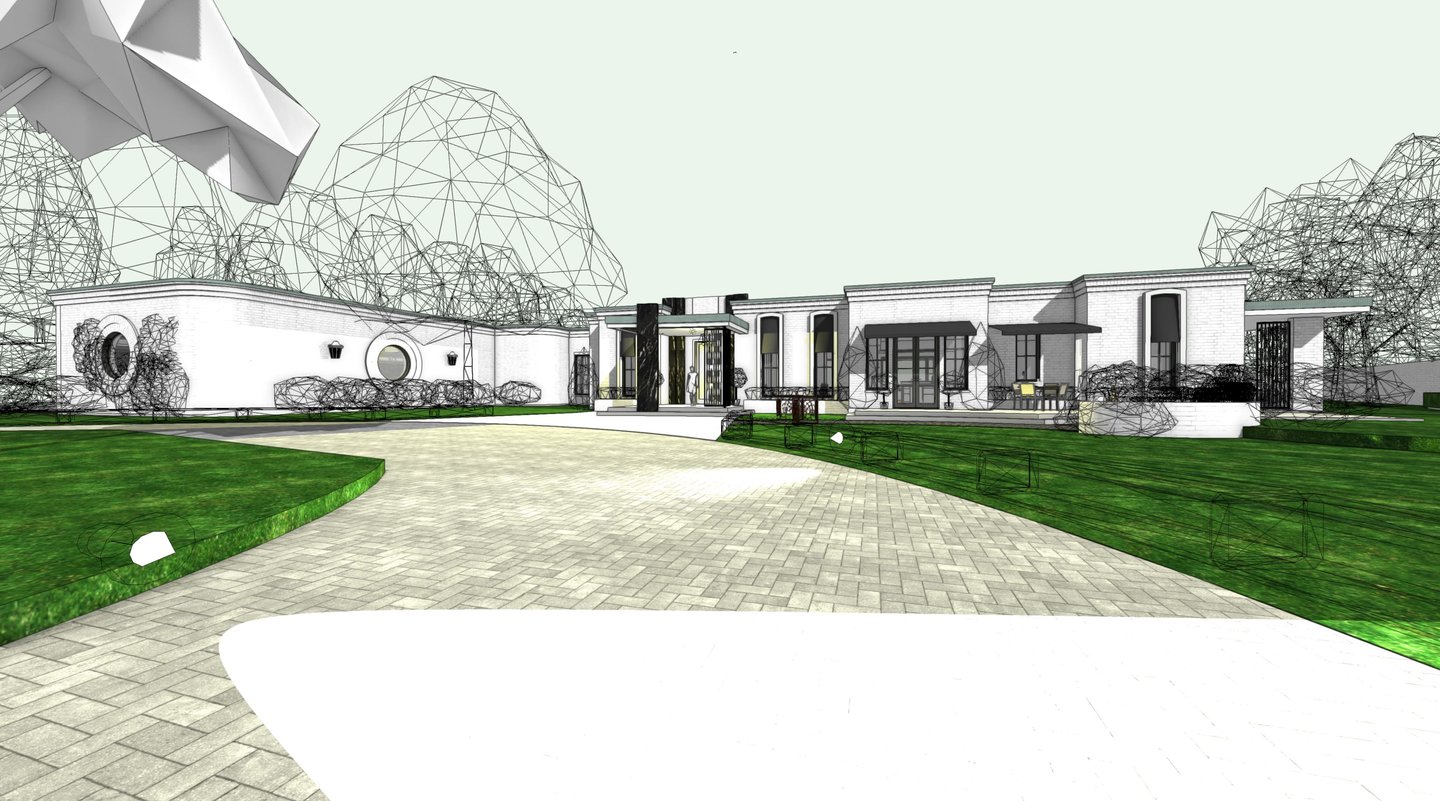 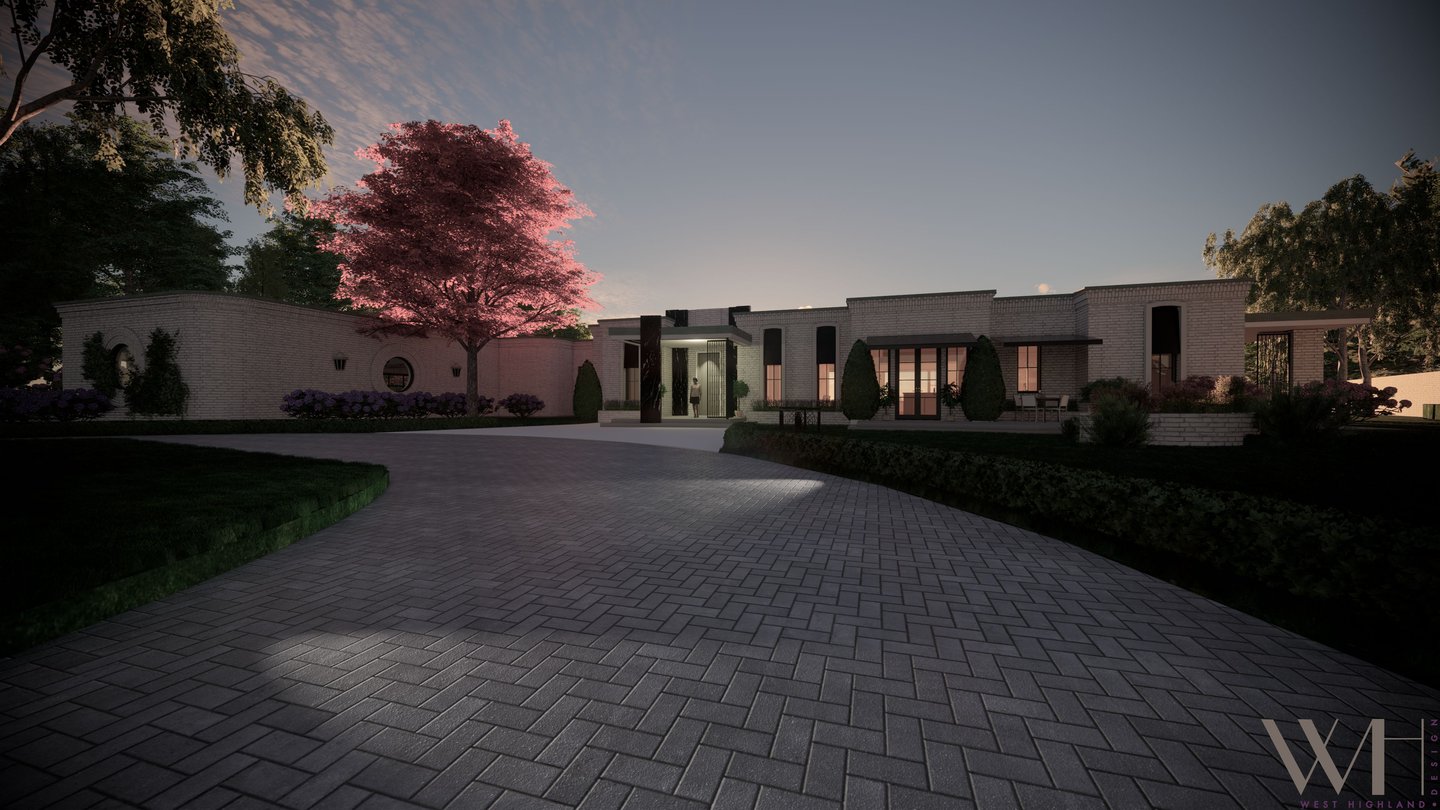 The project ushered in a new era of high-quality, detail-oriented design for Shepp and Sofie. Shepp points to the project as the driving reason behind his software transition, and it’s hard to deny that the results speak for themselves.

“In the world of architecture and interiors, Vectorworks is the consummate tool,” Shepp said. “There isn’t anything you can’t tackle.”

All images in this article are courtesy of West Highland Design.