Have you ever been impressed by the new-age, well-lit interiors of dentist and orthodontic offices? Have you ever wondered what goes into designing them?

Jacek Slizynski, director of design at Green Curve Studio, has been designing dentist and orthodontic offices since 1994. He and his firm have developed a sizable portfolio of office designs, most of which were built in southern California, setting a precedent of gorgeous interiors for their field.

Back in ’94, Green Curve studio was a jack-of-all-trades — they worked on residential homes, commercial buildings, retail interiors, and more. It wasn’t until they stumbled upon a dentistry project that they began their unique specialization. 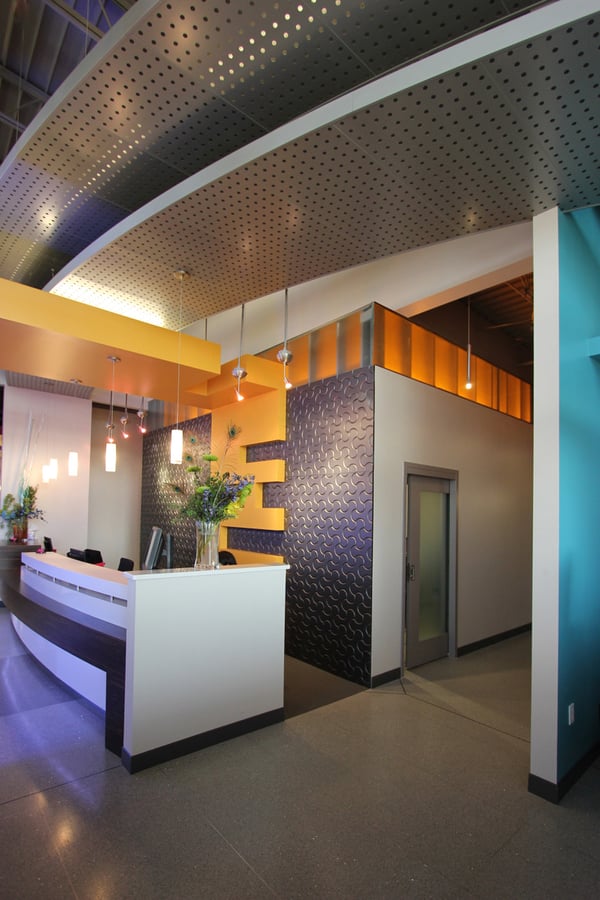 “When we finished our first dentist’s office, the client invited a lot of colleagues over for the grand opening,” Slizynski said. “From there, we got a lot of referrals — we met an orthodontist, we did his office, then kind of became specialists in orthodontics and dental office design. Over the years, it grew into a business that is now around 90% orthodontic office design.”

Way before LEED certifications became standard in architecture, the firm knew they wanted to model their business around sustainability. They decided on the name "Green Curve" to convey their use of environmentally friendly materials. Slizynski noted that many of his clients actually advertise this on their own, claiming the green nature of the office wins them more business. 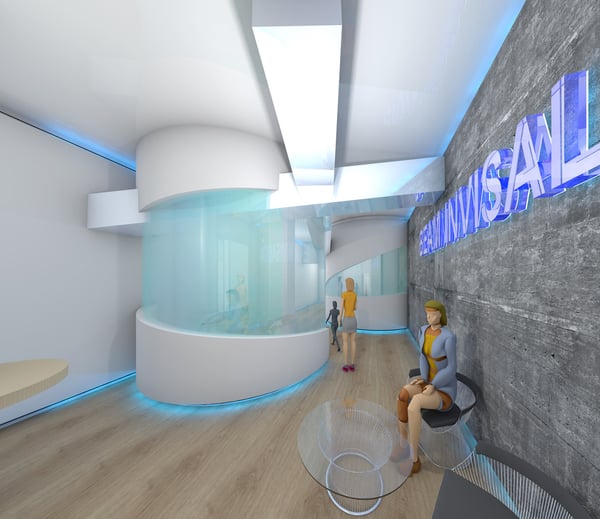 Nowadays, Green Curve remains busy designing their trademark offices. According to Slizynski, much of their business comes from repeat customers since many orthodontists maintain multiple offices. “Clients have been so happy with their first office that they call us back to do more,” Slizynski said.

Green Curve has a stand at the American Association of Orthodontics — which represents over 19,000 orthodontists globally — annual convention where they present slideshows and in-depth demos of their work.

They’ve become a staple in the community, dubbing them a gold standard for orthodontic office design.

Green Curve’s workflow involves a lot of consulting with site planners, architects, engineers, and, most importantly, with the doctors themselves. Green Curve notes on its website that every project begins with the parameters set by their client.

Step one is to model the existing space and develop a floor plan like the one below.

From there, they put together detailed drawings of all the functionality necessary for a thriving office environment — ceiling plans, electrical plans, material plans, paint and wall covering plans, lighting design drawings, and detailed construction layouts. They do each of these items on its own layer, allowing them to “hide” the plans in the design layer while maintaining easy access.

Slizynski said he loves using curved and inclined walls instead of your typical verticals. His floor plans feature out-of-the-ordinary building shapes that are not rectangular like one might expect. This stylistic choice brings a signature flair to their work, their buildings appearing to the eye like an artful sculpture instead of a place where one goes to get teeth drilled. 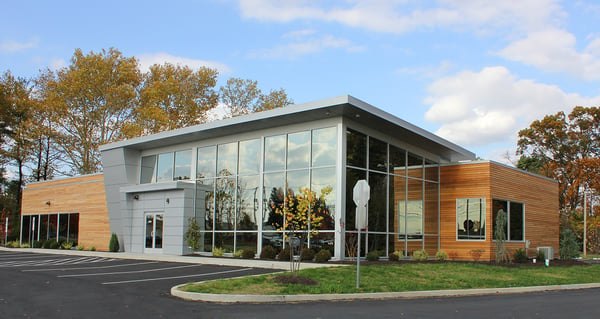 Their Tool of Choice

“It started in ’95 when we were looking for a Mac-based CAD program,” Slizynski recalled. It was really important for him and Green Curve to work in a simplistic program that mirrors the way they work. “We didn’t want to be computer engineers. We just wanted to express our designs to clients.”

Sensibly expressing their designs forms the core of Green Curve’s business model. Their clients are often one single person, one dentist who needed to visualize his office before committing to the build. “It’s not like a committee we have to make a presentation to like you see in architecture,” Slizynski said. 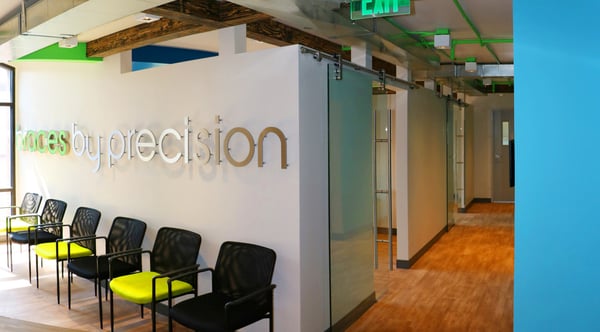 The nature of these one-on-one presentations is complicated on the surface. Communicating their plans to doctors who, despite their savviness, aren’t versed in the world of design presents a barrier to which many designers can relate. In light of different backgrounds, how do you sell the client on your ideas?

Green Curve takes advantage of Vectorworks’ rendering engine to produce remarkable 3D stills. Collocated with their extensive floor planning work, these renderings let the client see their office as if they’re actually there. “Vectorworks is very good for educating clients,” Slizynski said. He reports that his clients are often thrilled with the rendering quality. 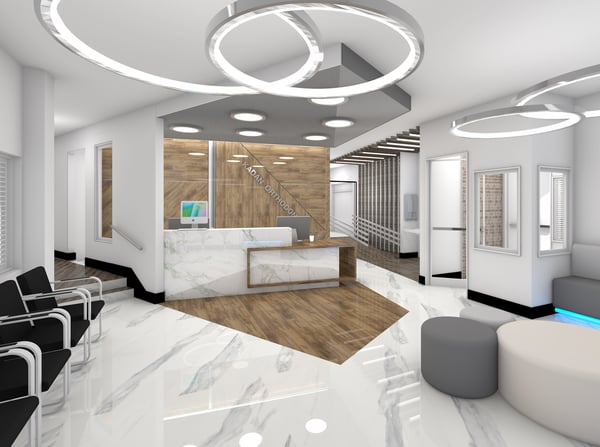 Now in his 25th year using Vectorworks, Slizynski praises the program for its intuitive usability.

“I love Vectorworks,” he said. “The learning curve is amazing compared to AutoCAD.”