The Honorary Landscape Architecture of the 9/11 Memorial in NYC

September 11, 2021 marks the 20th anniversary of the devastating attacks on the World Trade Center, Pentagon, and Washington-bound Flight 93 in the United States.

Many in the United States take the time each 9/11 to honor those whose lives were taken 20 years ago. Memorials honor those lives year-round; the National 9/11 Memorial in New York City, for example, pays tribute to the very site where the tragedy took place.

The National 9/11 Memorial: Shelter for the Voids

Exactly one decade after the single largest terror attack on United States soil took the lives of almost 3,000 people, the National 9/11 Memorial in New York City opened in their honor on September 11, 2011.

Several years earlier, however, Peter Walker and PWP Landscape Architecture were brought in to work with architect Michael Arad to help Arad realize his vision for the Memorial — two large fountain-lined voids marking the footprints of the fallen Twin Towers and carrying the names of those lost in the 9/11 attacks and in the 1993 bombing attack on the World Trade Center. 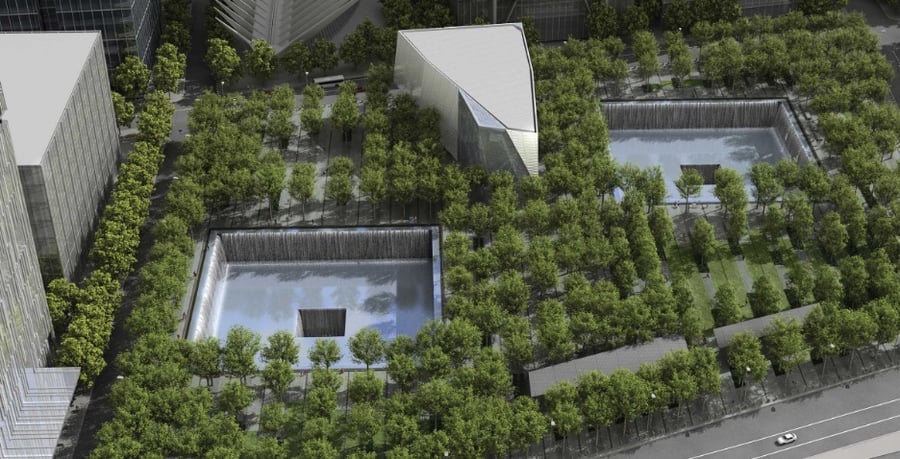 Each component in the Memorial was selected for functionality as well as art. The original plan called for stone throughout the seven acres. Walker reduced the stone by about half and instead sculpted the ground with grass and trees to soften the space. More than 400 swamp white oak trees were hand-picked and then tended in New Jersey for five years before being transplanted into the Memorial. A planting's corridor with 1.8-meter depth filled with soil and traversed by irrigation pipes lies between the walk and the ceiling of the buildings below.

A Callery pear tree that survived the attacks and is now named "The Survivor Tree" is also part of the design. Walker carefully selected furniture, lighting, and other objects to keep the ground plane unimpeded.

"When you're around the voids it seems like a plaza, but when you look out it seems more like a park," explains Walker. He had to design the ground to be perfectly flat so the nine-meter-deep voids could work visually. "The trick was to keep it flat, so the voids were cut into it in a recognizable way," he said. 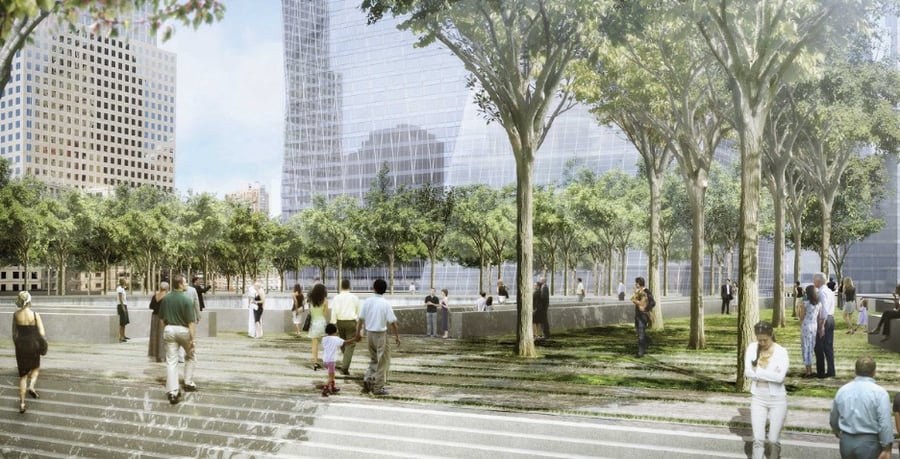 Through the National 9/11 Memorial and many other notable projects, Walker has fashioned a living monument that will continue to thrive for years to come.