With the release of Vectorworks 2022, we’re celebrating a few projects that exemplify what Vectorworks is all about — design without limits™. The first project we highlighted was the Asian Institute of Chartered Bankers, designed by GDP Architects.

Now, we’d like to highlight the expansion of the Vancouver Convention Centre, its green roof and surrounding landscape, designed by PWL Partnership Landscape Architects Inc.

When PWL began the project in 2003, their directive was simple: Create a thoughtful site design that connected the modern, architectural expansion of the convention center to the natural DNA of Vancouver.

Such instruction is a direct parallel with PWL’s mission. Their website reads, “We shape holistic communities. We design regenerative landscapes. We are rooted in sustainability.”

“It was the biggest project we’d ever taken on, at that point,” said Bruce Hemstock, a PWL partner with 25 years of service to the firm. “But the big idea was always that the convention center was going to be a public place and unlike a lot of convention centers around the world, it was going to be a place that connected Vancouver's waterfront to Vancouver's downtown.” 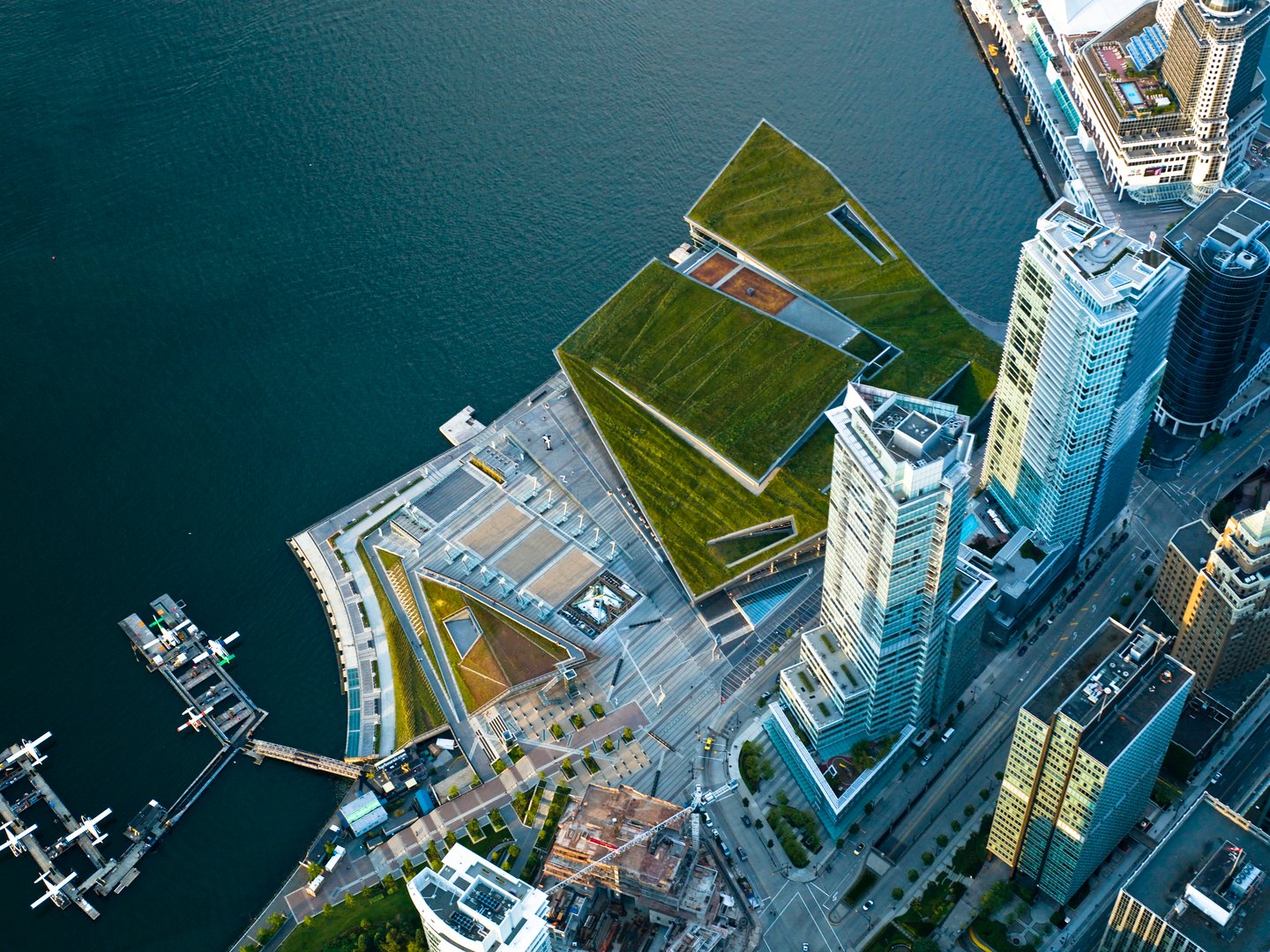 According to Hemstock, it was essential to create a seamless connection between the plaza and Harbour Green Park, the park next-door PWL also designed. “It was going to be a very public outdoor space that welcomed all to the city.”

PWL’s design does just this. While spaces are large enough to encourage a congregation of people, a natural flow and movement still exist across the plaza’s multiple levels. The waterfront and downtown are magnetically drawn to each other. 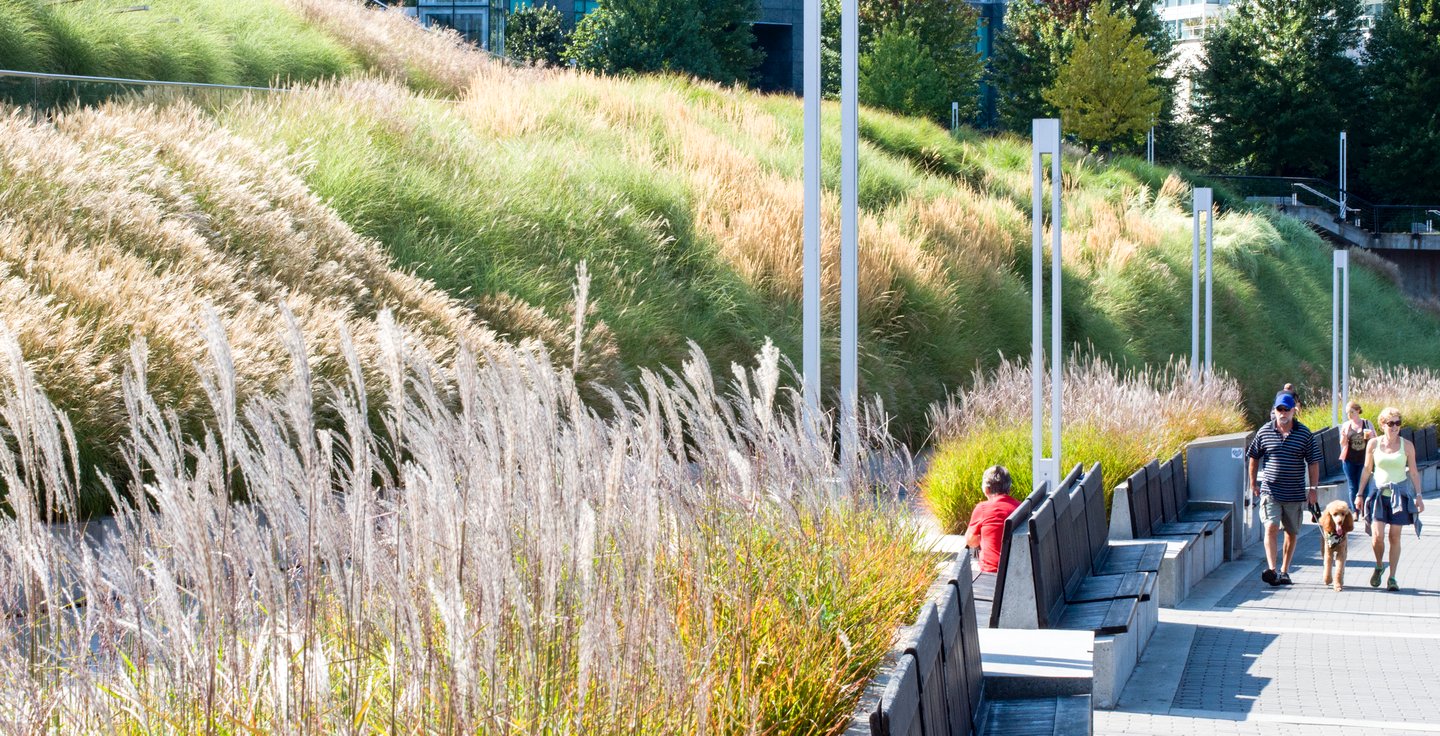 The waterfront wasn’t the only environmental consideration, however. “We didn’t want to fake anything,” said Hemstock. “We wanted this to feel comfortable. So, we started looking around British Columbia to see, ‘Well, what kind of landscape can we use here?’”

In their search, Hemstock and company found some islands up the coast, north of Vancouver, covered entirely in grasses. They also found similar grasslands in the lower mainland.

These grasses, which Hemstock described as being able “to withstand really hot, dry summers, but cold, wet winters,” inspired the vegetation surrounding the plaza, as well as the most breathtaking part of PWL’s design: a six-acre green roof.

Design Ahead of Its Time

In 2021, green roofs are a mainstay in green infrastructure and sustainable design. However, PWL was ahead of the times when they initiated a green roof project in 2003.

“We had never done a sustainable roof before, but we plowed forward,” said Hemstock. “We began looking at plants, and we probably had 50 or 60 different plants to look at, to try and understand what we could use on the roof.” 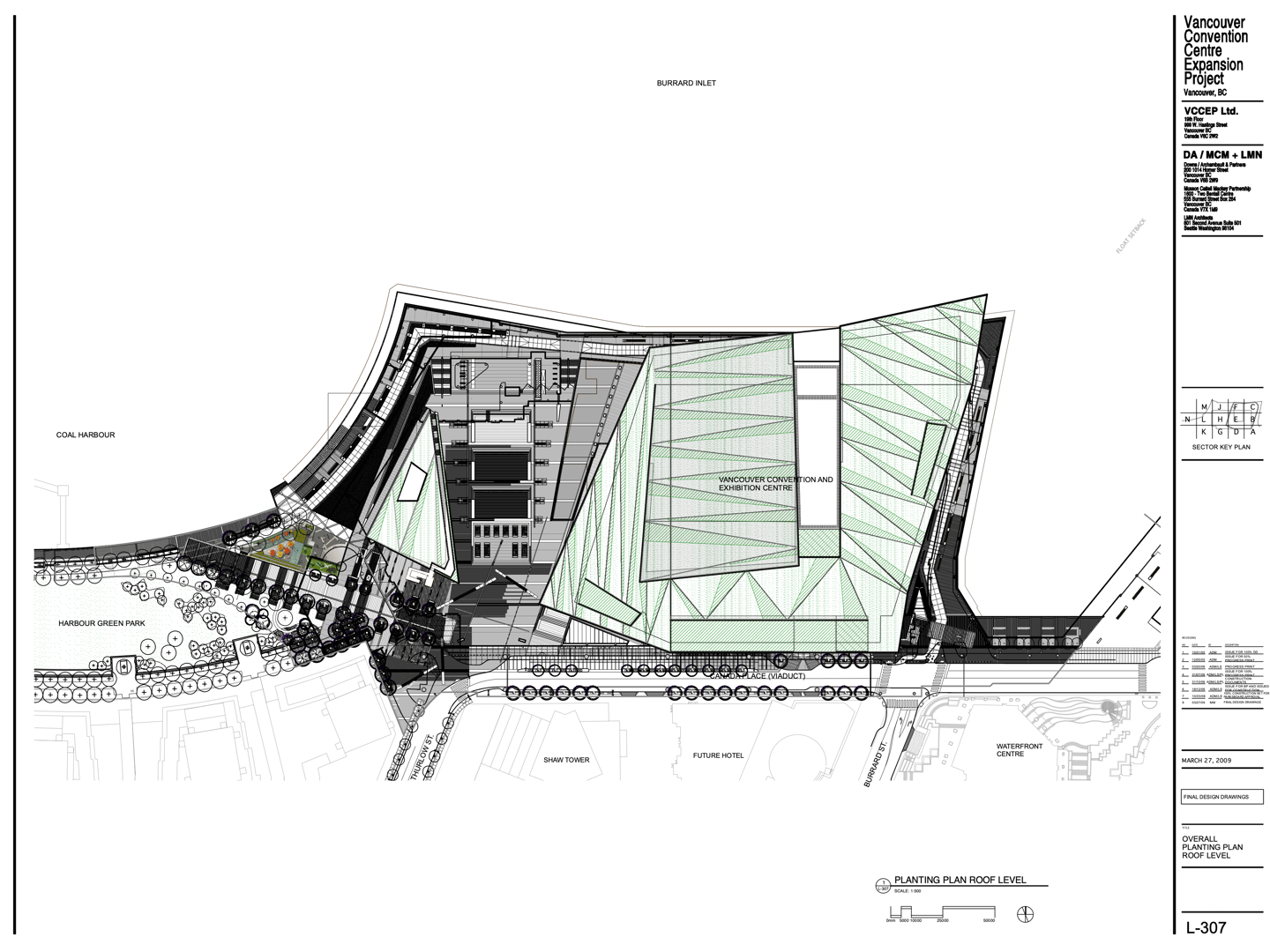 The weight of the grasses, soil and residents atop the roof were all-new details PWL had to consider. They worked closely with structural engineers: “We had to come up with a growing medium that was lightweight,” Hemstock said, indicating that PWL and engineers later decided on 6 inches of depth for the roof.

A drainage system was also designed by PWL using purpose-built tools in Vectorworks Landmark. “We didn’t want the water from the very high reaches of the roof to find its way down to the bottom and overwhelm the drains,” he said. “So, what we came up with was this system where we’d collect water on the roof in various intervals.”

Working with a mechanical engineer, Hemstock decided to divide the roof into multiple 8,000 square-foot sections. These divisions manage water flow into river-rock-filled runoffs, which properly control the downslope of water from the convention center’s roof.

LEED Certification — Going Above and Beyond

An innovative aesthetic and function weren’t enough for PWL and the convention center's team of consultants, however. They all aimed to achieve LEED Gold certification, a prestigious green building certification program. Such accreditation, according to Hemstock, was unheard of at the time. “At the time, if you were LEED certified, you were doing well,” he said. “If you had LEED Silver, it was off-the-charts. There weren’t any LEED Gold buildings of this size in the world at that point.”

Considering a Vast Community of Consultants

Working with Hemstock and PWL on the project was a large number of consultants and collaborators. Architects, city officials, and other consultants joined PWL for regular meetings to discuss the direction of the project.

“We had our meetings in the largest meeting room that the Vancouver Convention Centre offered in Convention Center East,” said Hemstock. “At times there were 65 to 70 consultants at these meetings. How do you make that meeting work, how do you present your design, and how do you show where you are?”

With these questions in mind, PWL relied upon Vectorworks — a software they’d recently switched to in 2003, and still continue to use today. Despite many consultants on the project using other software, PWL insisted on sticking with Vectorworks for their designs and presentations.

Vectorworks Landmark was trusted for technical considerations, such as countless area calculations. But the software was also used by PWL as a communicative tool when working with their large cast of consultants. 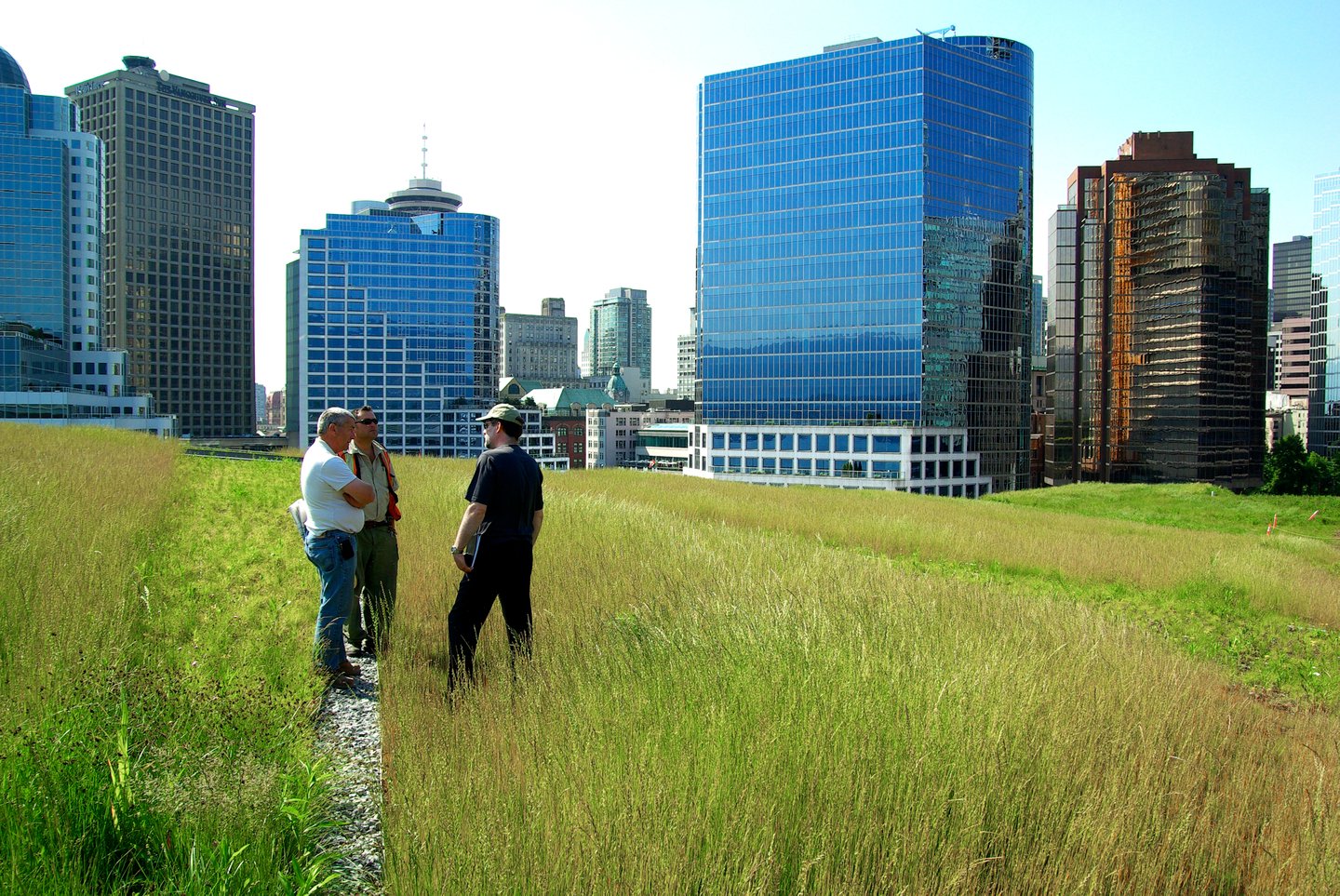 “Vectorworks was a critical piece of software for us on this project. While all the technical stuff was going on, we were also doing renderings, and Vectorworks was our go-to. It created the framework for our renderings,” said Hemstock.

“I remember Vectorworks being a pretty simple and straightforward communication tool to go back and forth between the architects. This simplicity was what the team needed because the project was complicated enough,” Hemstock said. “Vectorworks had to do a lot of heavy lifting, and we were confident that it was going to do what we wanted it to.”

Design without limits™ with Vectorworks 2022.

All images in this article are courtesy of PWL Partnership Landscape Architects Inc.