From PowerCADD to Vectorworks: A Conversation with Eastlake Studio

Chicago’s Eastlake Studio are on the cutting edge of designing with technology, as evidenced by their broad portfolio of captivating interiors projects. Make sure to read the case study for more information on that.

According to Reyes Sanchez, a technical designer at Eastlake Studio, the firm had been using PowerCADD alongside other 3D programs and renderers since around 1998. In 2017, the firm underwent a major rebrand to optimize their workflows. After evaluating a few other software programs, they landed on Vectorworks.

We thought it would be great to talk with them about why they chose Vectorworks and how they continue to produce incredible projects.

Below, Sanchez answers a few questions about the switch.

Q: What drew Eastlake Studio to PowerCADD in the first place?

Eastlake Studio has been an Apple-based firm since its beginning in 1987, and PowerCADD was a WYSIWYG drawing program developed specifically for Apple products.

It was very intuitive and simple to use and provided an aesthetic quality to drawings which we became known for, which allowed our work product to stand out in an otherwise two-dimensional world.

It also acted as a truer design-board approach to drafting, which was sometimes lost with other software programs. 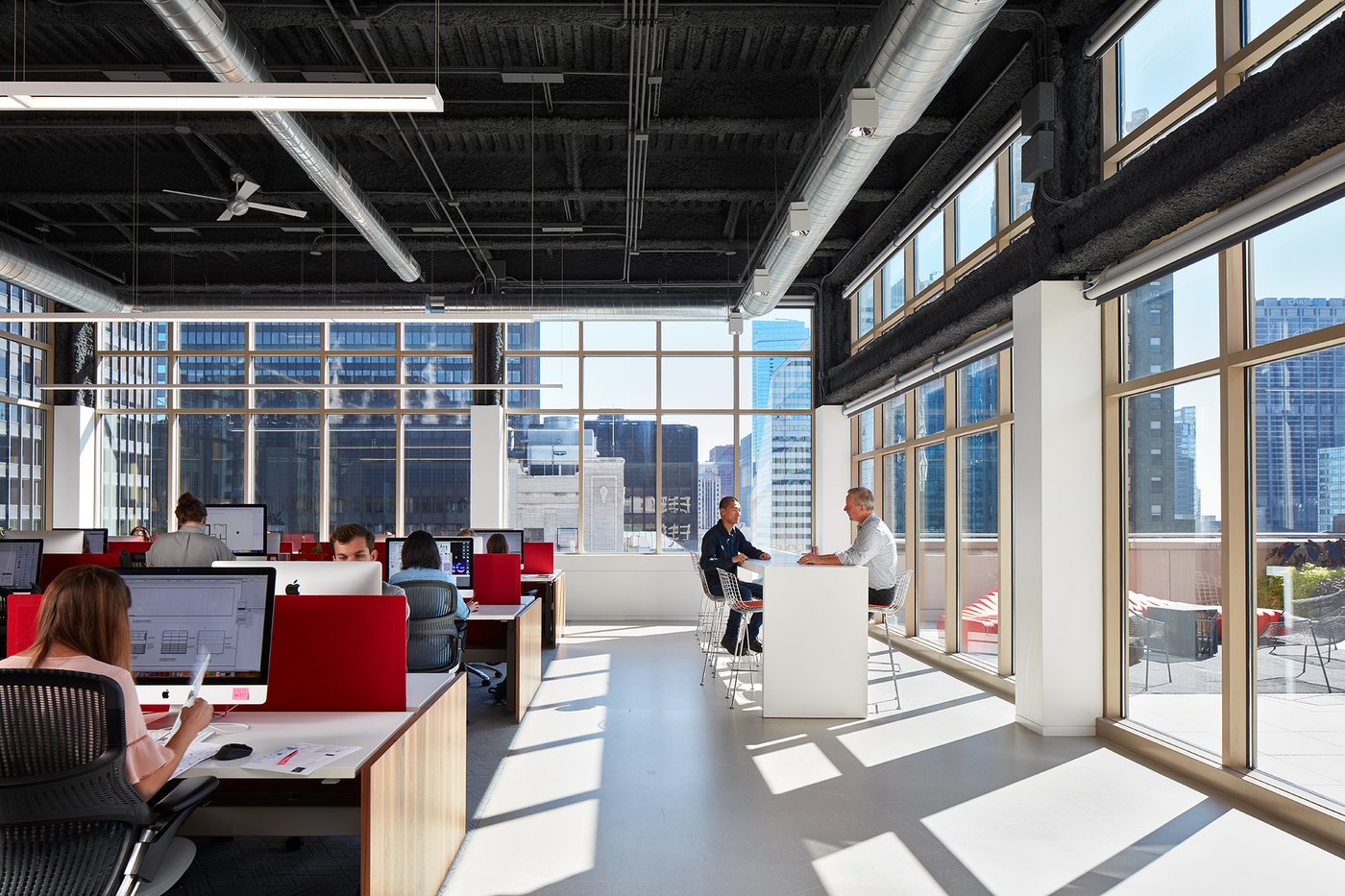 Q: When did Eastlake decide it was time to switch?

Our office had been using PowerCADD for about 15-20 years, which in conjunction with multiple 3D softwares and renderers made the design and documentation process hard to learn and control from a standardization perspective.

We’d been thinking about the idea of transitioning to an all-in-one BIM software for some years; however, the learning curve to successfully implement this in professional projects and the fact that we’d have to re-do all our standards and templates seemed like a huge leap.

Finally, in 2017, Eastlake underwent a whole company rebrand where we needed to update most of our document standards and templates, so we used that opportunity to do tabula rasa and start that transition into Vectorworks. 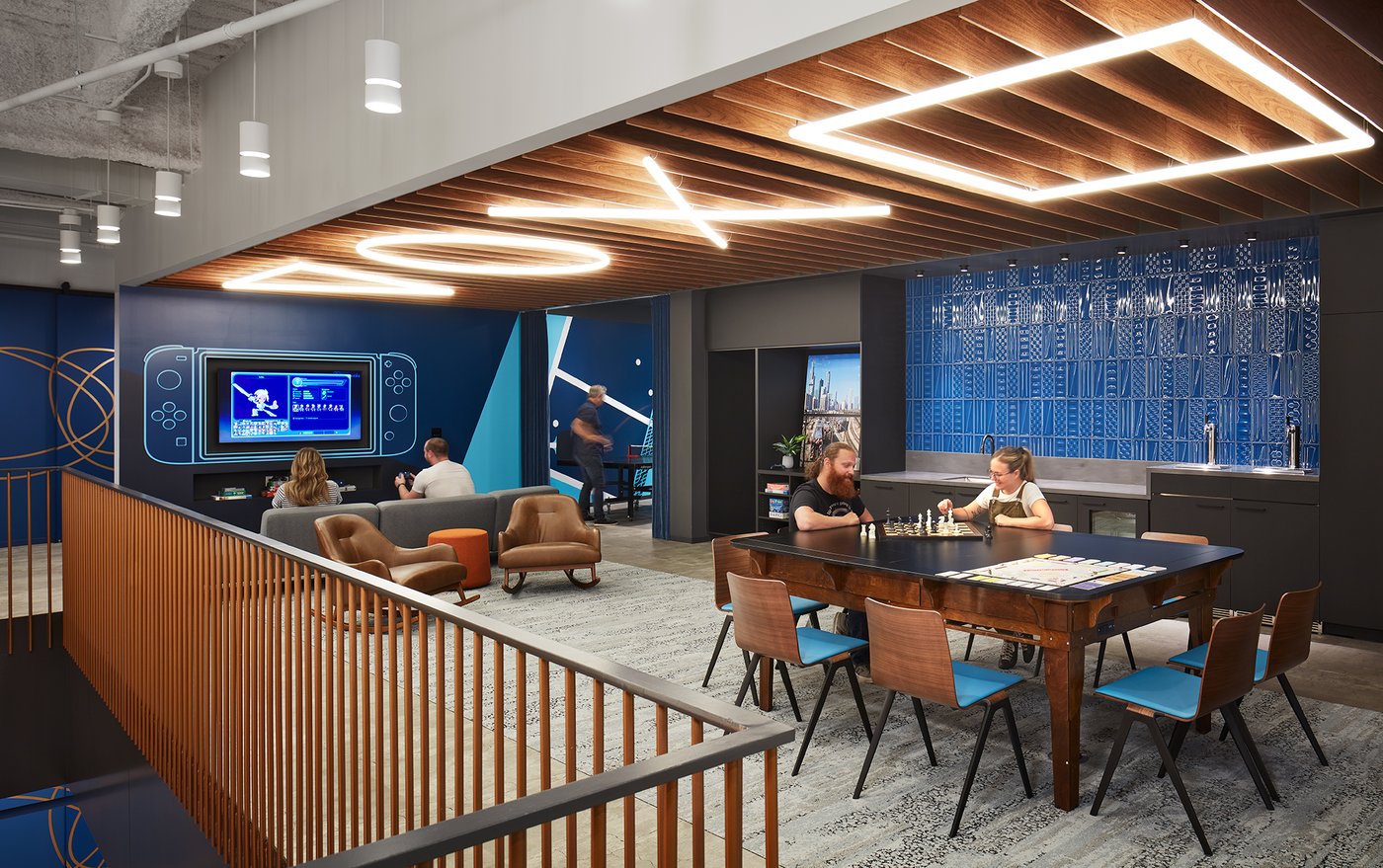 Q: What were the main reasons for switching?

We had many reasons. Our industry and technology move fast and the expectations for better work products and more efficient ways to do things escalate as a result. To establish a more efficient workflow from conceptual design to project close out, we realized we needed to streamline our processes.

An important factor was the one-stop-shop aspect of having a tool that we can use from concept through execution. There’s no need to have modeling software, CAD, and BIM if you can have it all in one tool.

Also, multiple people working in one single file at the same time has helped us work on larger scale projects and larger teams. We can also now work effectively over different types of file share systems and the cloud, which was integral to moving forward with a design software solution.

Interfacing more effectively with our consultants was also a big driver, and Vectorworks allows for better integration. 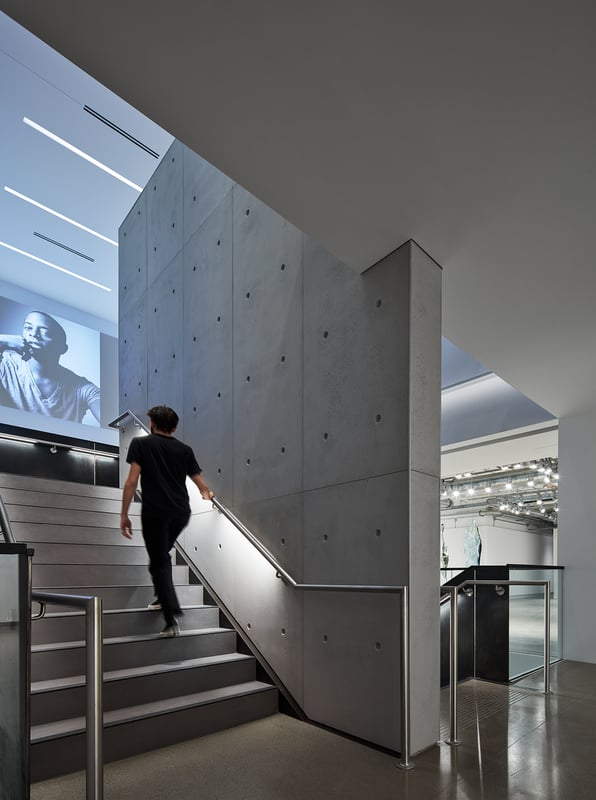 Q: Were any other programs considered? If so, which ones and why did Vectorworks win out?

We considered many, but Vectorworks, Revit, and ArchiCAD were the three serious contenders.

Apart from its compatibility with Mac and user-friendly interface, we factored in that Vectorworks updates and advances their tech regularly, which, as we know, is not something PowerCADD was able to keep up with.

Vectorworks also opened lines of communication with end users and had support forums where Vectorworks staff participated and provided insight. That’s something we often missed in other products. Vectorworks has an emphasis on customer satisfaction and support that I believe is hands down better than the others.

If we hadn’t switched when we did, our business would be dead in the water, trying to figure out work arounds on how to keep the software operational on antiquated operating systems and devices. Vectorworks stays up to date with releases and reinvests in their product constantly in every aspect. 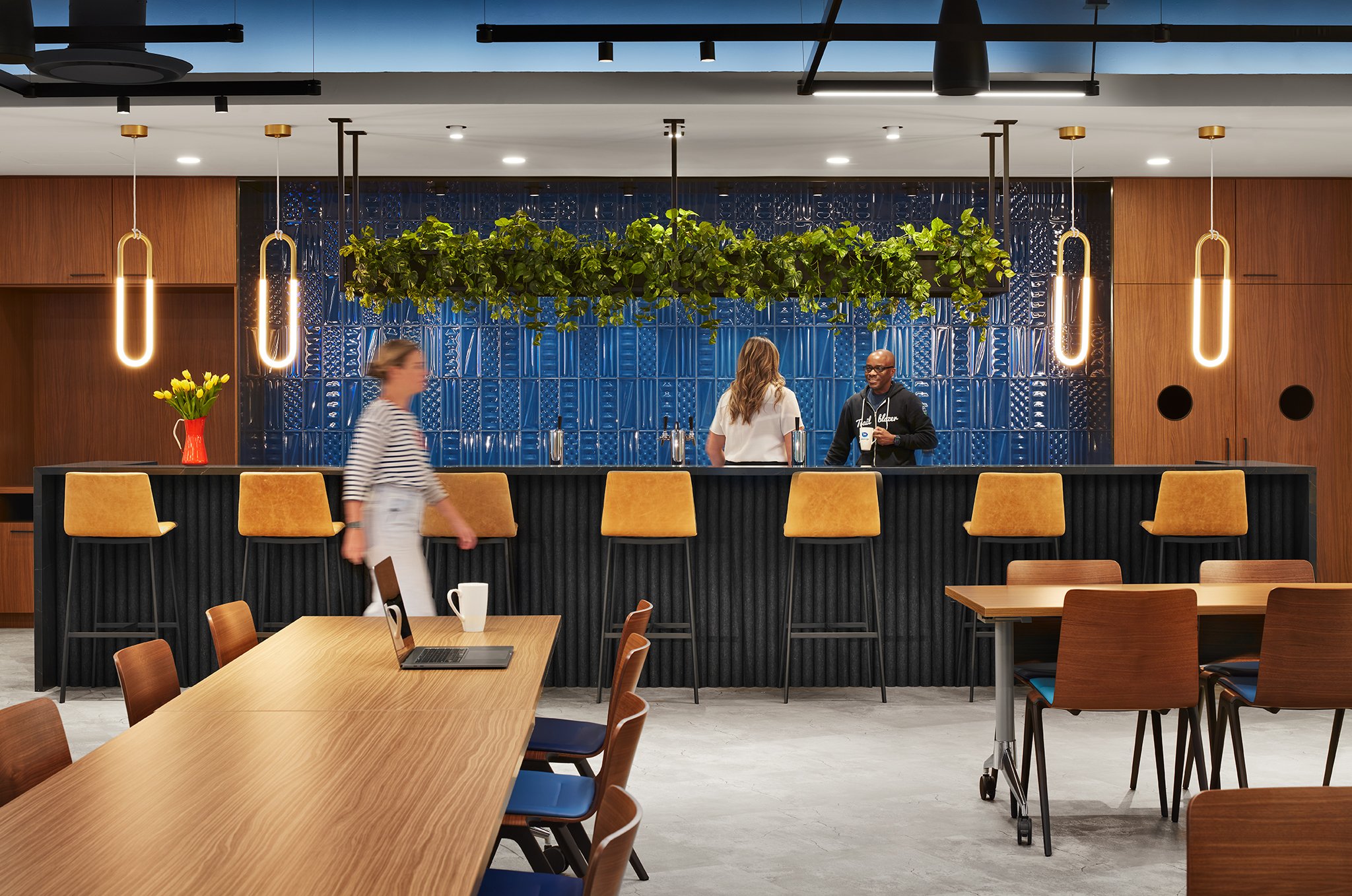 Q: What was the learning process like with Vectorworks?

At the beginning it was a little bit of a learning curve. We had a small team of 3-4 people that started developing our document and graphic standards at the same time as we were learning how to model.

For that first year, we held in-house training sessions each month to train all staff in different aspects of the program. For the more difficult topics such as complex modeling, the Vectorworks training team visited our office to lead a few training sessions. Vectorworks had a very helpful customer service platform that was available to offer advice and assist us to make this transition simpler. 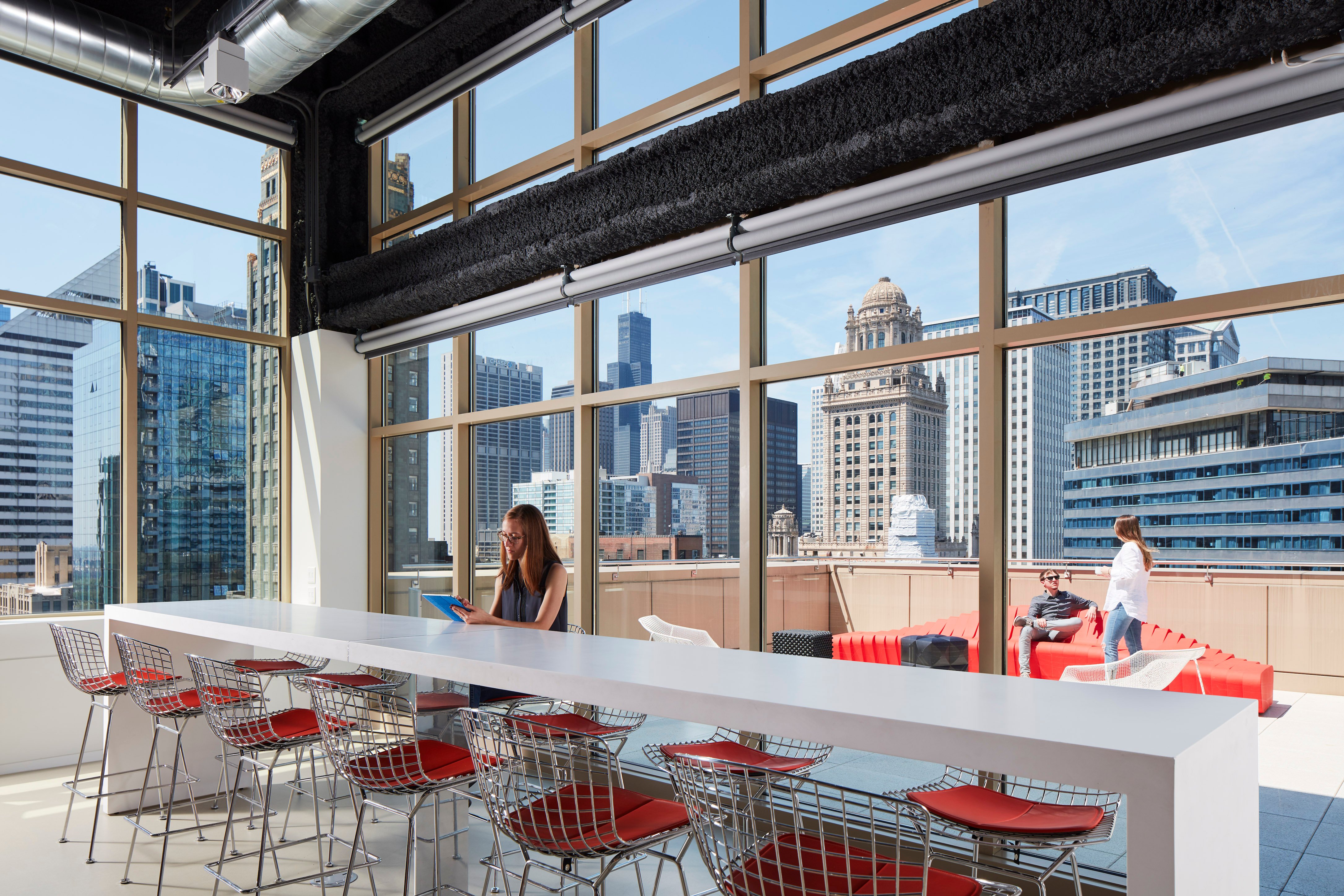 Q: Roughly how long into the switch until Eastlake was using Vectorworks on real projects?

Learning a new program while keeping up with project deadlines was the most challenging aspect, and we took small but firm steps. 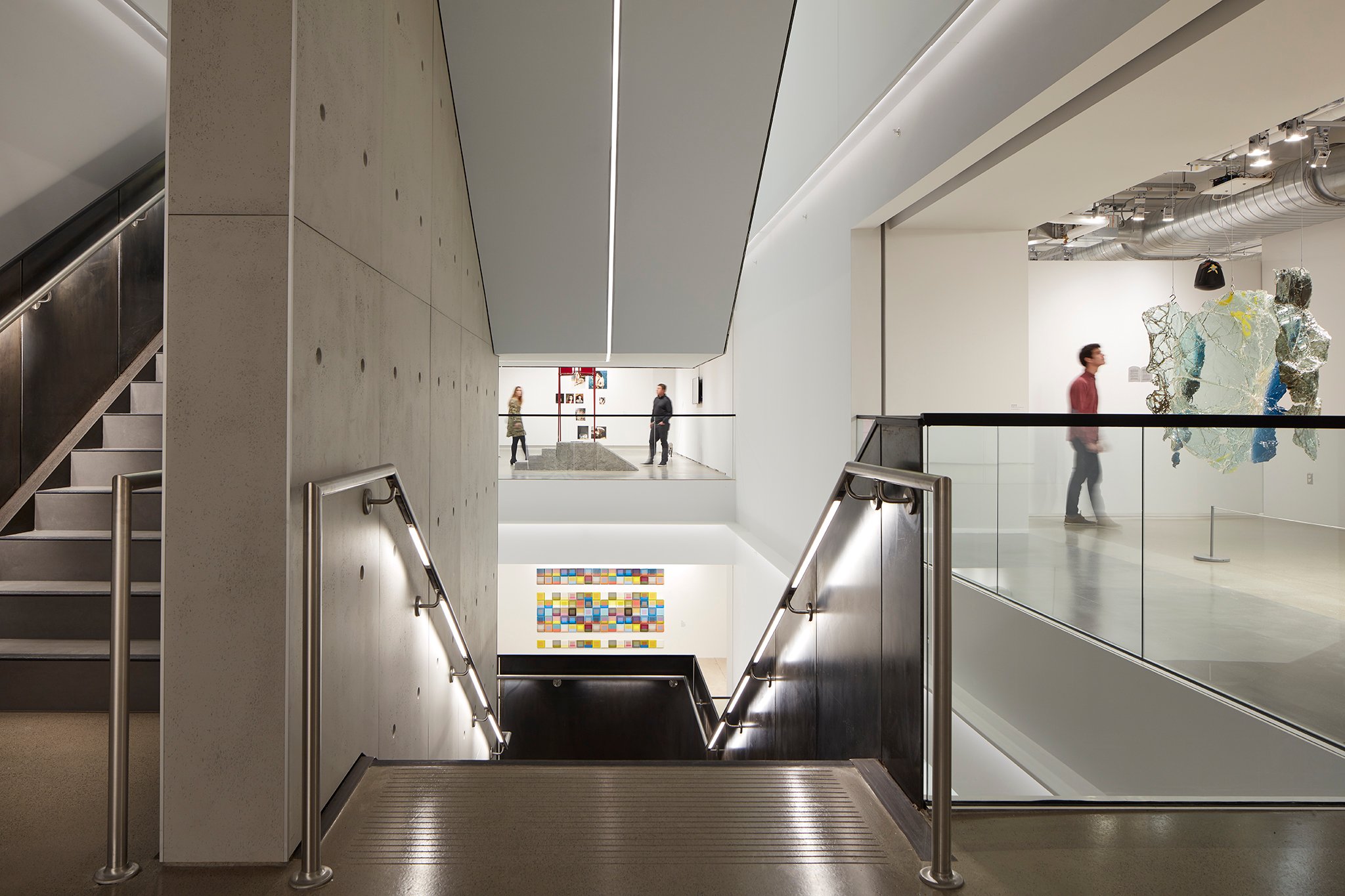 Q: Are there any specific design operations in Eastlake’s everyday workflow that Vectorworks helped improve upon relative to PowerCADD?

The main upgrade for us was to be able work both in 3D and 2D at the same time. By having only one single source of truth and information that is constantly being updated, we avoid errors, and our workflow has improved. With a simple 2D CAD software like PowerCADD it was very hard to keep track of all the changes and to make sure all the elevations corresponded with plans, tags, etc. It’s a very intuitive and efficient way of creating viewports and laying out sheets for presentation and documents.

Project Sharing is key when transitioning into bigger projects and bigger teams where different people are working on different areas of the project, while being in the same file at the same time. Talk about efficiency!

Having the Resource Manager library tool from where you can easily access the resources from our standards instead of having to navigate through folders to find what you need.

Being able to render directly from the Vectorworks model is also great since we’ve been able to develop some rendering standards which we didn’t have earlier. Now everyone in the office can pull out a simple rendering if needed.

On top of it, the Cloud Rendering has presented itself as a useful tool for our team since it allows us to export images in the cloud while you can keep working in your projects. 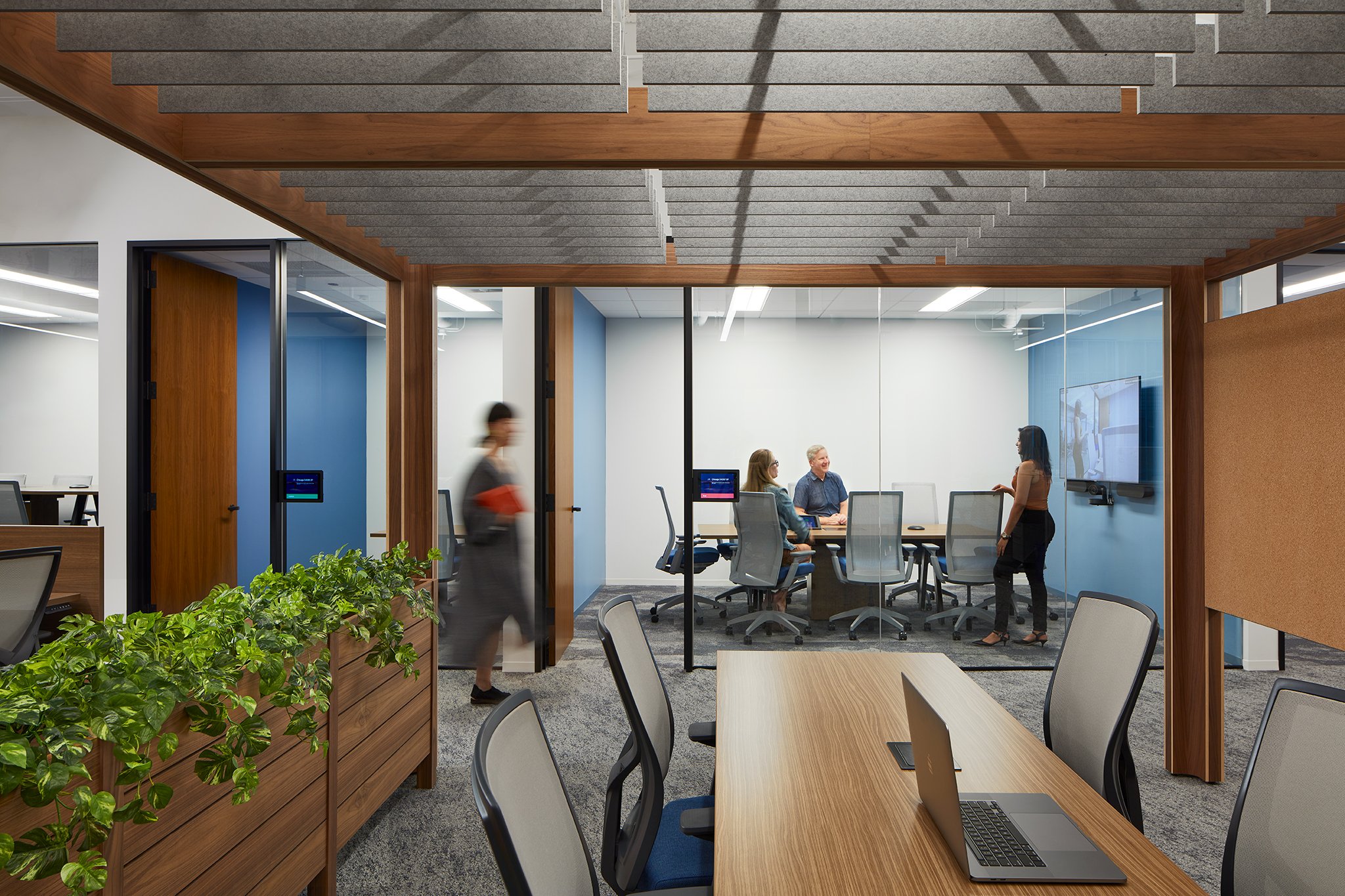 I think what people resist most in a transition like this is not change per se, but a fear of loss. People are afraid of losing their workflows, the way they do things now, or how something looks. However, the visuals can be made to look the same, the workflows can be made more efficient, and you can adapt to a new way of doing things more easily than you think.

Another important factor to keep in mind here is that this software is/was an investment in the firm’s future, and in that way, this software is something that a firm can now grow into, rather than a software it grows out of. 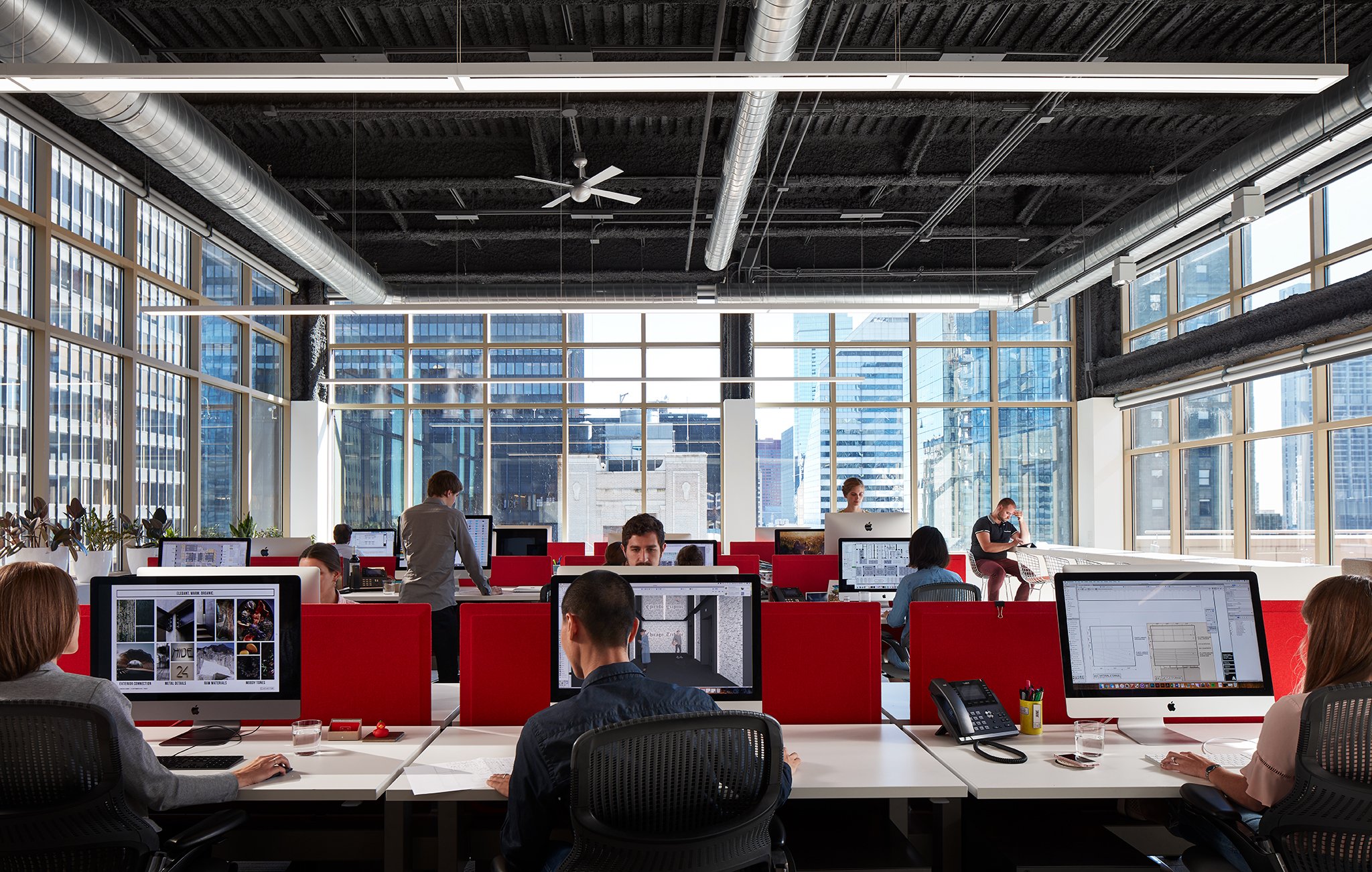 In the end, our transition went smoothly, and we had a support network helping us with the transition along the way, which made the process very fluid and collaborative. We’re happy knowing that we’re now not limited by our tools, just our ability to use them!

Reyes has been a Technical Designer with Eastlake Studio since 2016. His technical approach to workplace design has been key to projects including Fulton Market’s Twelve01West office tower, Old Post Office Spec suites, and improvements and renovations made to 25 East Washington’s lobby and amenities. In addition to his specialized design skills, his high energy personality makes him an integral part of the studio.