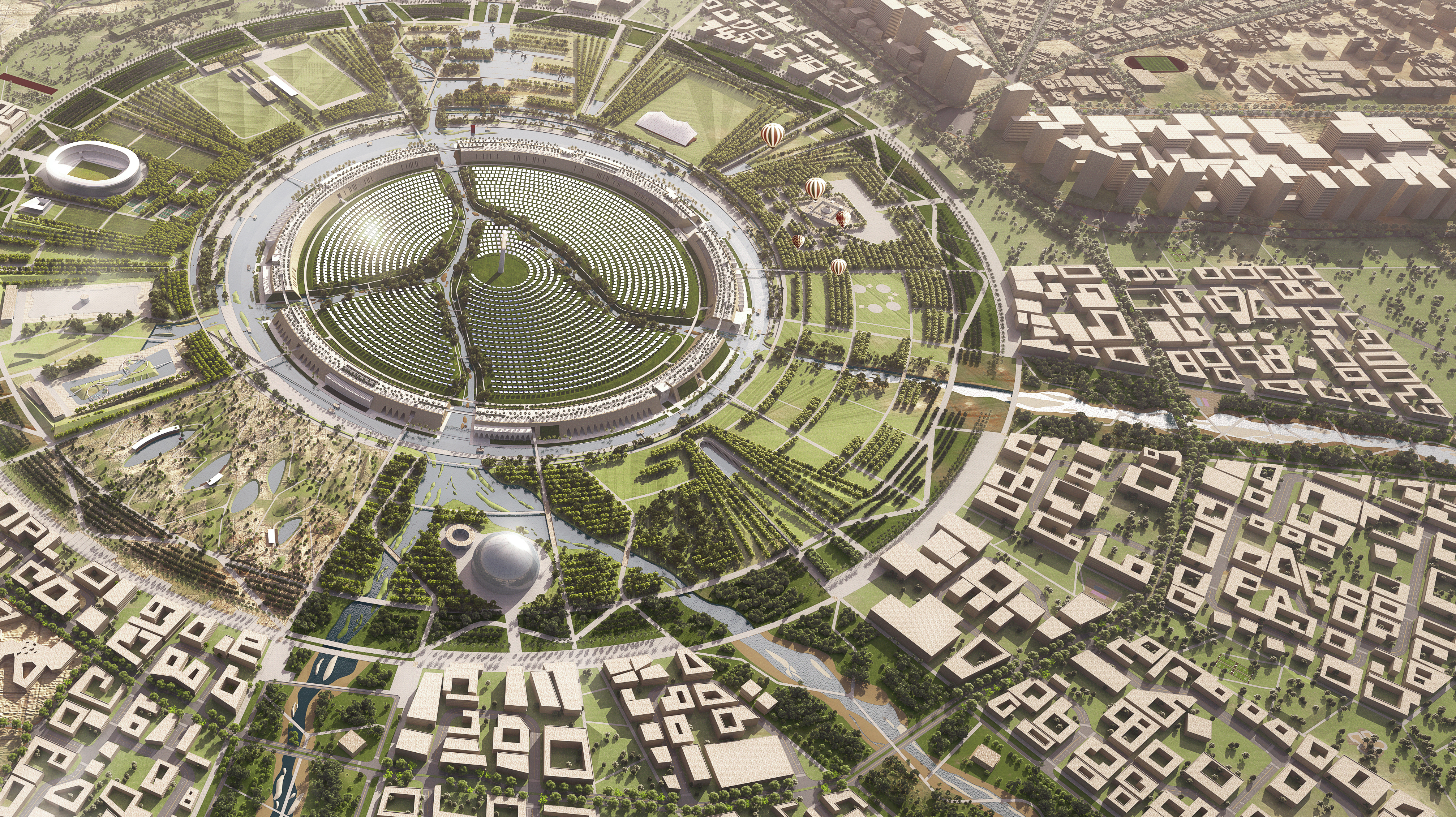 Adrian McGregor of McGregor Coxall, a Sydney based global landscape architecture, urbanism, and environmental firm, is pioneering the field of biourbanism. He defines the concept simply as cities = nature.

Cities are anthromes, which can be defined as human-engineered biomes. Fundamental to biourbanism is the idea of the circular economy whereby city inputs and waste are minimized to mimic nature's processes and reduce carbon footprint.

McGregor has been considering the implications of biourbanism for years. He and his firm since 2006 have spearheaded the Biocity Research project, which looks to conduct research in collaboration with universities, private sectors, the government, and the industry at large to shape the way we think about a growing range of challenges posed to urban settlements such as resource scarcity, population growth, and climate impacts.

In his design work, which often concerns the planning of new cities and regeneration of regions, McGregor takes in stride the idea that, without treating the city as a connected whole, the city will perform poorly, with each of its individual systems working in a linear instead of circular fashion. For the citizen, this means unhealthy urban living environments. 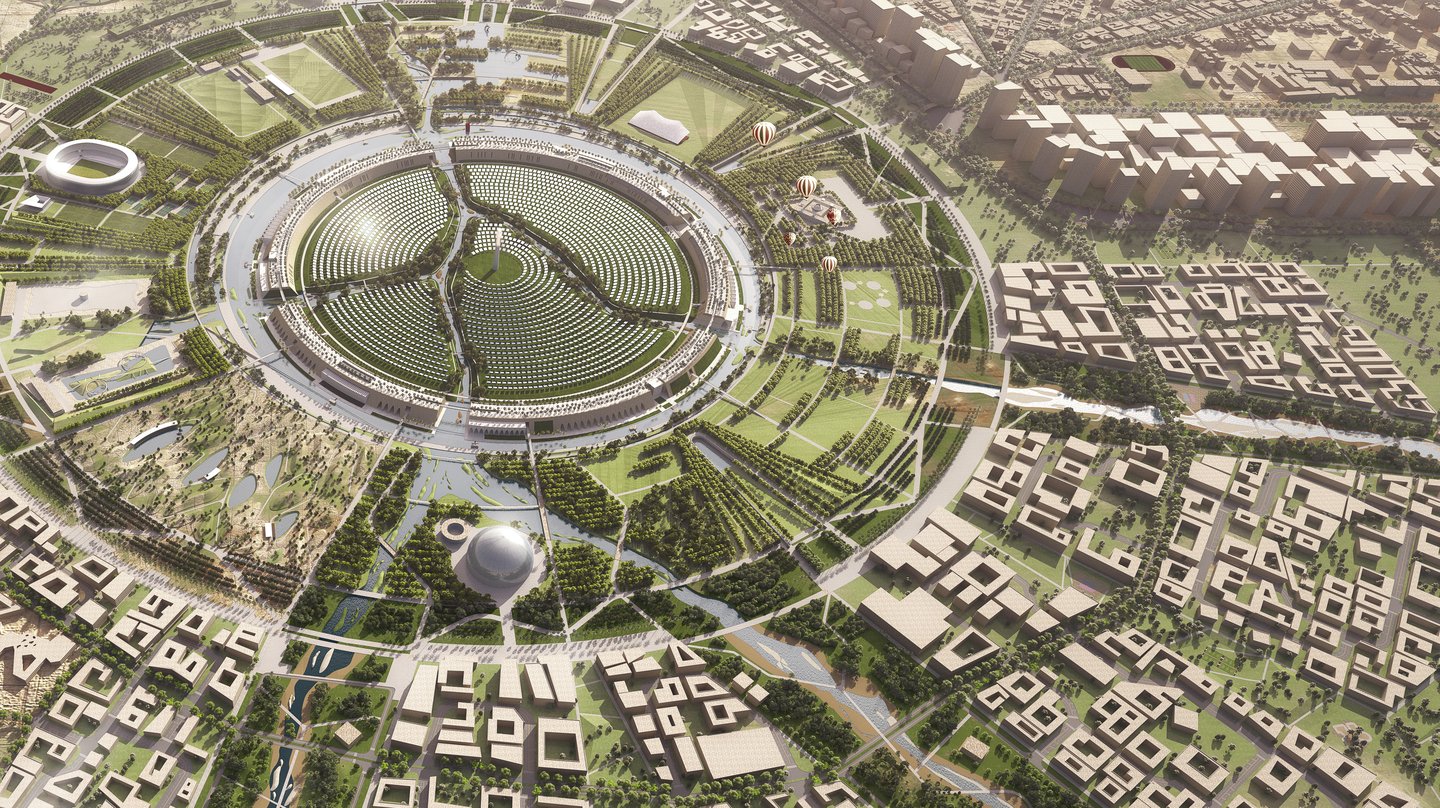 The ability to import spatial data into the design file provides necessary context for the rest of an urban planning process. In much the same way a scientist needs to understand the environment of an organism in order for it to grow, a landscape architect must understand the environment of the city they want to build. If a scientist were to ignore the organism’s environment, the organism would die. A city is not much different.

Geographic information systems (GIS) are a driving force behind biourbanism, McGregor says. Through using GIS tools along with building information modeling (BIM), McGregor Coxall is redefining what it means to do urban planning.

“I’m personally really excited about the possibilities of BIM and GIS integration,” McGregor said in an interview for this article. “What we want to be able to do is model a city district using the Vectorworks toolset and have it include smart objects with embedded data, then aggregate all of that into the GIS file.”

The end goal of this is to maintain a file that serves as a map of the city with all of its information present. A big piece to this puzzle, according to McGregor, is data visualization.

“A building façade can have a lot of solar radiation,” he said. “It heats up and radiates the heat to surrounding surfaces. We can use data visualization in Vectorworks to assign colors to surfaces to produce a 2D heating map of the city. If it’s a darker concrete surface, it might get a red color to it; if it’s an irrigated lawn, it might get a lighter green, conveying the predicted ambient temperatures.” This allows McGregor to see spatial data at a glance, which is instrumental to an informed and iterative design process. As projects get larger and more complex, McGregor explained, clients want more and more to see a variety of options for detecting and mitigating potential issues — as such, testing is crucial to McGregor Coxall, as is communicating the tests with clients. This testing of options is what forms the core of collaborative BIM. “When we move into design development and construction documentation, that’s where BIM plays a huge role,” he said. “It’s becoming more and more important that we can talk to the whole consultant team using BIM files.”

“I’m personally really excited about the possibilities of BIM and GIS integration,” McGregor said in an interview for this article. “What we want to be able to do is model a city district using the Vectorworks toolset and have it include smart objects with embedded data, then aggregate all of that into the GIS file.”

This article was originally written for NextCity.org.