Wynne-Williams Associates Moves to Vectorworks Landmark in Leap of Faith

This article was originally published on Land8’s website and is written by Cheryl Corson, RLA, ASLA, CPSI. 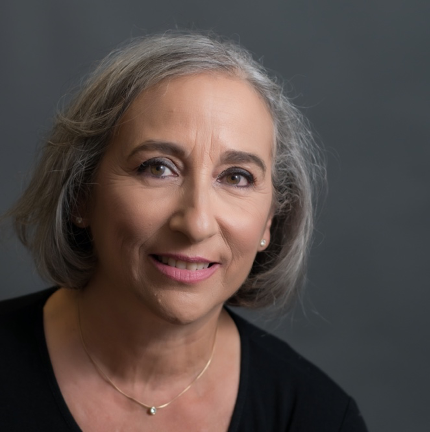 As Matt Bird, senior landscape architect and BIM manager at Wynne-Williams Associates describes it, “the firm took on a multi-school project in 2014, our first large BIM project and doing it in SketchUp was very painful.” Bird described the use of multiple software products on that project and the great potential for error. So in November 2015 at a BIM conference, he shopped around for an alternative. 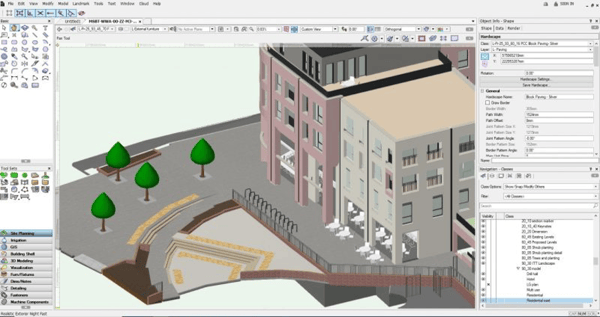 In the UK, BIM is required for firms working on government contracts. Wynne-Williams Associates, a firm northeast of London, does about 80% of its work in the educational sector. After comparing several options, Bird and his colleagues opted for Vectorworks Landmark design and BIM software. Initially, longtime British instructor and Vectorworks UK Director of Customer Success Tamsin Slatter helped the firm with training. “The issue is having time to integrate more of our processes into Vectorworks,” says Bird. “We’re busy, and moving to Vectorworks was very much a leap of faith.”

After only two years, the team has made a gradual transition to Landmark to the point where new projects are now begun solely in the software. “One project we started completely in Landmark is at an urban site in Braintree called Manor Street. It is nice and complex and has a lot of steep slopes. We’re still learning site modeling, and we’re trying to incorporate it as much as possible.” Bird goes on to describe how the biggest win for them was to have the modeling and plant data in one package. “It meant that we were able to mitigate and now eliminate using multiple software such as Revit or SketchUp.” 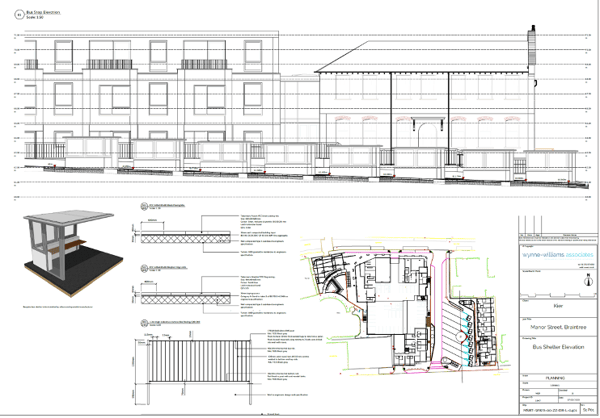 Elevation and detail sheet for the Manor Street project. Courtesy of Wynne-Williams Associates.

Bird is responsible for training office staff, and it is important to him that various people develop different skills with the software so that no one person holds all the institutional knowledge. He finds that the firm’s weekly design meetings result in changes being made more quickly and easily than before. He also finds that the IFC file transfer format is more stable in Vectorworks than using the Revit import function.

Some things that the firm has not yet utilized in Vectorworks but plans to in the future include GIS, Marionette, the Camera Match tool, and integrate with Bluebeam, a sister brand to Vectorworks and also part of the Nemetschek Group. The firm is also doing their tree surveys in a different software for the time being and looking to utilize the Import Tree Survey file feature recently added to Landmark. However, Bird is a big fan of the Vectorworks Landmark 2020 improvements to hardscape modeling, especially since hardscape layers play such an important role in BIM compliance. And the firm has integrated Vectorworks’ real-time rendering application partner plug-in Lumion with success. 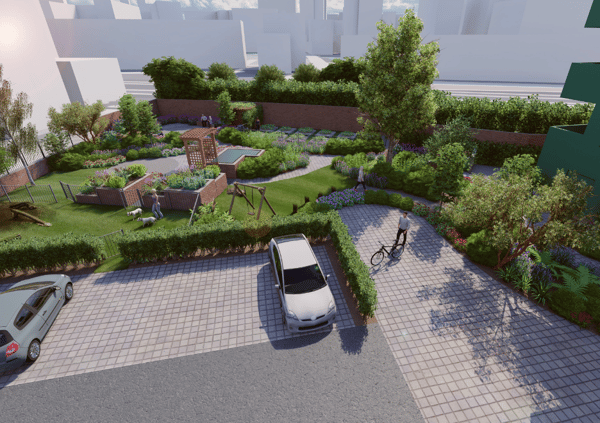 Regarding BIM, explains Bird, “the government here has established a universal (class) naming system, so our workflow didn’t change too much when we moved to Vectorworks. Depending on the stage or LOD required, we do spend extra time for modeling, front loading objects, which makes our process easier at later stages. More often than not, we look to make sure any hardscape slabs were constructed with as much information as possible.” Landscape architects at Wynne-Williams Associates collect BIM objects from various sources including Vectorworks libraries.

A key role that Vectorworks has played in the firm’s work is with community input into public design projects. “With Vectorworks we can quickly produce images to show community members, which is quite helpful. It’s an extra tool in our arsenal.”

Another feature that Bird appreciates about the software is that while they have issues with multiple versions saving in Revit, they don’t have the same worry with Vectorworks. “The architects use Revit,” says Bird, “which does not allow you to save in earlier versions, and we have long discussions at staff meetings about which version of Revit to use. This isn’t an issue with Vectorworks.”

Bird won a free trip to this year’s Vectorworks Design Summit in San Diego by participating in Vectorworks UK’s social media contest. The Design Summit was unfortunately cancelled due to COVID-19. Therefore, this interview was conducted by video conference. When asked how the pandemic had affected the firm’s business, Bird, speaking from his kitchen at home, said, “it hasn’t been as big as we thought it would be. Construction slowed for a couple of weeks, and then it picked back up again. We had some staff furloughs but hope to bring those folks back on soon. At first, we all went to the office to collect what we needed to work from home. And like most companies, we are now doing a lot with video-conferencing.”

Additionally, Wynne-Williams Associates uses Vectorworks’ Project Sharing often for their larger projects and given the current situation, they’re trialing Vectorworks Cloud Services to host the project file rather than having it on their office server.

Wynne-Williams Associates award-winning projects are beautifully featured on their website, including schools, playgrounds, recreation spaces, and open space projects. Hopefully, Matt Bird will be able to attend the next Vectorworks Design Summit in person as he and his firm more fully integrate Vectorworks Landmark into their workflow.

Corson is a self-employed landscape architect and Vectorworks Landmark user based in the Mid-Atlantic region. She has used Vectorworks since 2009. Corson has also helped prepare over 1,000 landscape architects for the LARE through her online learning platform, Corson Learning. She is also the author of the Sustainable Landscape Maintenance Manual for the Chesapeake Bay Watershed, and leads the Mid-Atlantic Vectorworks Landmark User Group. Contact her at cheryl@cherylcorson.com.